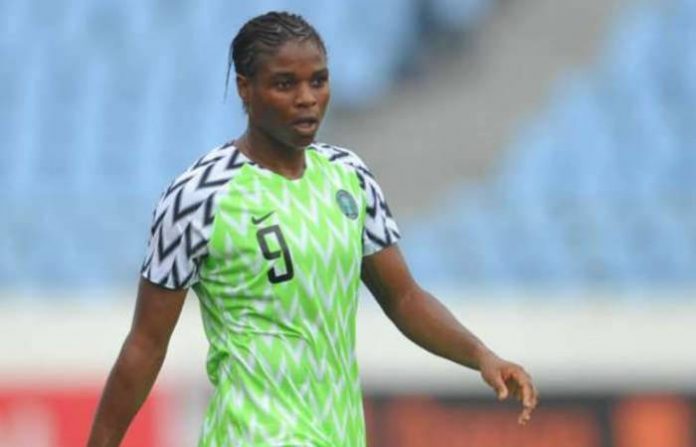 France based attacker Desire Oparanozie has been named the new Super Falcons captain with less than two months to the commencement of the FIFA Women’s World Cup in France.

Oparanozie got the nod to captain the team after Monday’s international friendly against Canada in Spain which newsmen gather may not go down well with the top guns at the Nigeria Football Federation who wanted Onome Ebi.

Oparanozie got Nigeria’s goal in the first half of the game after profiting from a brilliant pass from Uchenna Kalu.

However the coaches led by head coach, Thomas Dennerby kicked on the choice of Ebi as the substantive captain instead opting for Rita Chikwelu who plays her club football in Sweden.

Recalled that both Ebi and Chikwelu have been joint captains since the arrival of Dennerby which was considered rather strange among followers of the game. Both lifted the 2018 Africa Women’s Cup of Nations trophy in Ghana.

“The matter has been on since the Cyprus Women’s Tournament last month on who should captain the team to the World Cup but when it became apparent that the issue could not be settled amicably the coaches had to come together to appoint a neutral person in Oparanozie,” said a source.

As if that was not enough, the coaches were also not happy with the speed certain matters which would have been discussed by the team and considered confidential get to the federation.

Newsmen understand that about 90% of the players are behind Oparanozie although no reason was given for their decision.