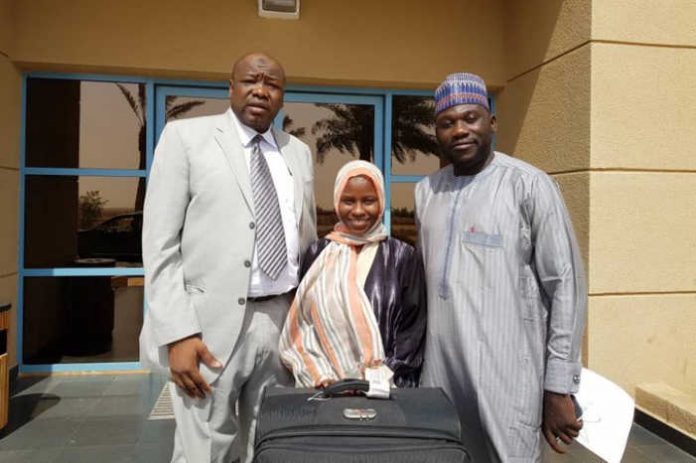 Hours before she was released, hundreds of students of Maitama University, Kano on Tuesday protested the detention of their colleague, Zainab Aliyu, by Saudi Arabia authorities over alleged involvement in drug trafficking.

Aliyu, who was arrested and detained in Saudi Arabia on December 24, 2018 over a bag which allegedly contained hard drugs, was however released today.

The students, who marched through state road to the Zaudi Consul General Office, carried various inscriptions and placards.

Some of them read: “Zainab Habibu is innocent and “the drug was planted as confirmed by NDLEA” among others.

But the Saudi Arabian Consul General in Kano refused to see the protesters despite several calls on him to come out of his office to address them.

But he declined comment while the protesters turned down the offer of fellow Nigerians to talk to them on his behalf.

Speaking on behalf of Kano Governor, Dr. Abdullahi Umar Ganduje, the Secretary to the State Government, Alhaji Usman Alhaji, urged them to be calm and law-abiding.

“We expect you to back to school and continue with your studies as everything is being handled by the authorities concerned,” he stated.

Their spokesman, Comrade Anan Mohammed, insisted Aliyu had no hand in the drug-related issue, claiming NDLEA had since uncovered the hidden motives and the perpetrators of the act

He said six suspects were already apprehended after thorough investigation by the drug agency and they have since confessed to committing the crime.