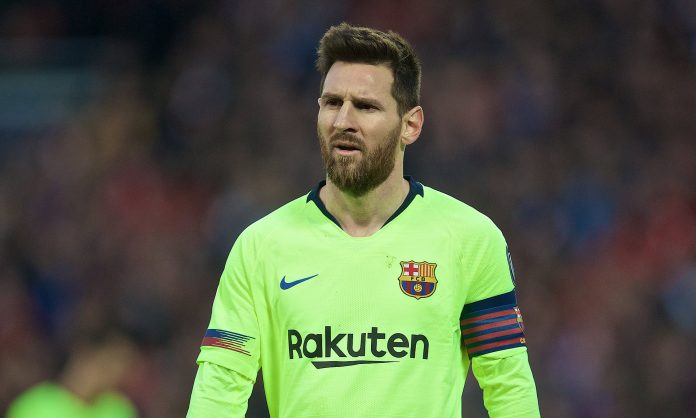 Griezmann, who has been heavily linked with a move to Barcelona last week, confirmed that he is leaving Atletico Madrid at the end of the season.

Griezmann wrote on his official Twitter page: “After speaking with [coach Diego Simeone], [CEO Miguel] Angel Gil Marin and with people in the club’s hierarchy, I wanted to speak with you, the fans.

“You have always shown me a lot of love and I wanted to be the first to tell you that I’ve taken the decision to leave to see other things and take on other challenges.

“It’s been a difficult route to take, but it’s what I feel I need.

“Thanks for everything during five fantastic years here, where I was able to win my first big trophies. There have been some incredible moments that I will always remember. You, the supporters, will always be in my heart.”

However, Sportskeeda is now reporting that Messi has recommended to Barcelona board that they look at Sane as an alternate to Griezmann, who almost joined Barca last summer before deciding to remain at Atletico.

The report claimed that the Argentine captain believes that Sane, 23, would be a better option going forward than Griezmann, 28.