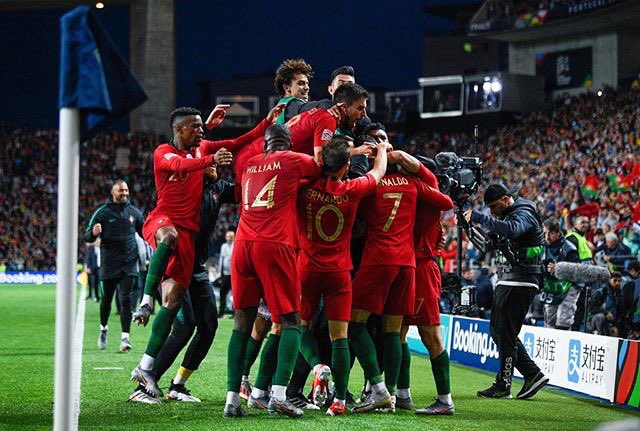 Portugal captain, Cristiano Ronaldo, has reacted to his side’s 3-1 win over Switzerland in a Nations League semi-final encounter on Wednesday night.

Ronaldo scored a hat-trick, including two late goals to give Portugal a 3-1 victory over Switzerland at the Estádio do Dragão Stadium.

The Juventus superstar blasted Portugal ahead from a free kick in the 25th minute, his first goal for his country for nearly a year.

But the Swiss equalised with a penalty kick after halftime. Ronaldo then scored twice in the last three minutes in the second half to complete the 53rd hat-trick of his career and the seventh for his country.

Speaking after the game, Ronaldo took to his official Twitter page to thank Portugal fans for their support during the match.

He also congratulated his teammates for reaching the competition final, where they will play the winner between England and Holland on June 9.

England will tackle Holland in the second semi-final fixture tonight.

“Very happy to help Portugal to reach the final of the League of Nations! Congratulations guys! Thank you to the Portuguese public for fantastic support. Strength @portugal,” Ronaldo tweeted.