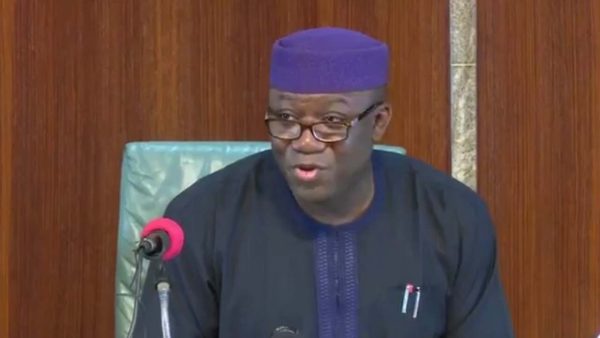 The suspension comes after the state government placed a ban on all government functionaries from further addressing newsmen on critical government policies without first seeking clearance from the top echelon of government.

The News Agency of Nigeria, (NAN) reports that Durodola’s suspension comes barely 48-hours after he made a public statement to the fact that the state had resolved to embark on mass registration of herders operating in the state, as part of measures to stem the tide of incessant clashes between them and farmers.

A statement by the Secretary to the State Government (SSG) Mr Biodun Oyebanji, said the indefinite suspension was with immediate effect.

The SSG directed Durodola to hand over all government property in his care to the most senior officer in the agency.

Meanwhile, the state government has dissociated itself from the information given by Durodola that modalities had been put in place to begin registration of herdsmen in the state

Ekiti Commissioner for Information, Tourism and Values Orientation, Mr Muyiwa Olumilua, described the information as fake and irresponsible, and did not represent the plans of the Fayemi led administration, neither did it have the approval of the governor.

The commissioner, stated that the investment of the governor in the security of lives and property in the state since his assumption of office in October 2018, was yielding positive results.

He stressed that such news could create unnecessary tension or suspicion among innocent residents of the state.

He added that a law regulating activities of herders and farmers was already in place, hence, the need to refute any form of duplicity that could cause confusion.

Olumilua said Ekiti people were known to be peaceful and accommodating, and there was need to maintain the peace and harmony in the state, as there was enough room for all to thrive in whatever they choose to do.

He however urged the people of the state to continue their legitimate businesses, without any form of apprehension.

The commissioner issued a stern warning to all government functionaries, to desist from addressing the media on matters bordering on state policy.

” The Ministry of Information is the only organ of government with the accreditation, and function of disseminating information in this regard

” All government functionaries serving in all MDAs must seek and obtain clearance from the office of the Commissioner for Information, Tourism and Values Orientation before addressing media on such sensitive issues

Share money for Nigerians so as to buy food during lockdown–Reno...