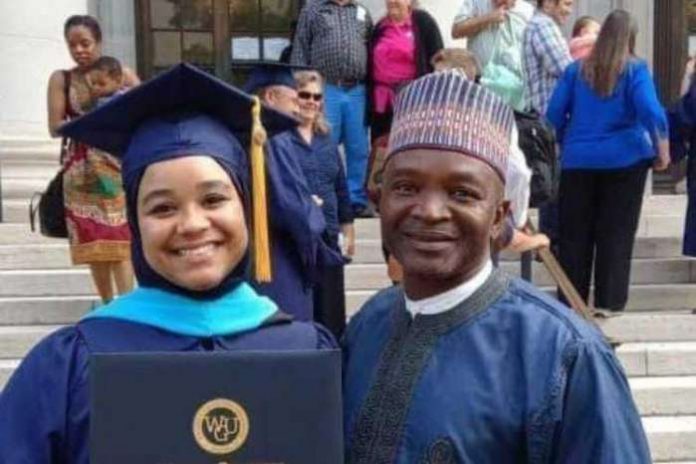 The police have confirmed the release of the Chairman, board of Universal Basic Education Commission (UBEC), Dr Mohammad Mahmood Abubakar and his daughter, Yasmin.

The Police made the confirmation in a post on Twitter and also claimed the arrest of a suspect, who was in possession of an AK47 Rifle.

Mahmood and his daughter were kidnapped on Monday along Kaduna-Abuja expressway at about 3.30 pm..

An aide of Mahmood, Hussain Danladi, had earlier confirmed the release on Tuesday.

Danladi told some online news platform that no ransom was paid for their release.

But an audio recording published by a national daily suggested otherwise.

According to details of the audio—a phone conversation between Abubakar and a relation identified as Saleh, N13million was raised to be paid as ransom.

Abubakar said in the conversation: “Saleh, please be hurry, time is not on our side It would take some time before we decide on the collection point, and we have planned to resolve this issue within one hour.

“Let them go anywhere and get the money within one hour.”

But Saleh responded that they were able to raise N13 million and if the kidnappers demanded the money in Dollars, they would have given the ransom money to them.

Saleh said: “We are on it and we were able to raise N13 million. The challenge we are having now is night and somebody told me if it would reach in the morning, he would give us N50 million and if they demanded the money in dollars, we would give them this night.”

The UBEC Chairman then said that the kidnappers were taking good care of them even though his daughter was wounded on her leg during the operation.

He said, “I understand, but if you can get it (money), then go and get it anywhere. We don’t want it to pass one hour, these people are taking good care of us, Yasmin was wounded on her leg, but they are assisting her. Please go anywhere and get the money.”