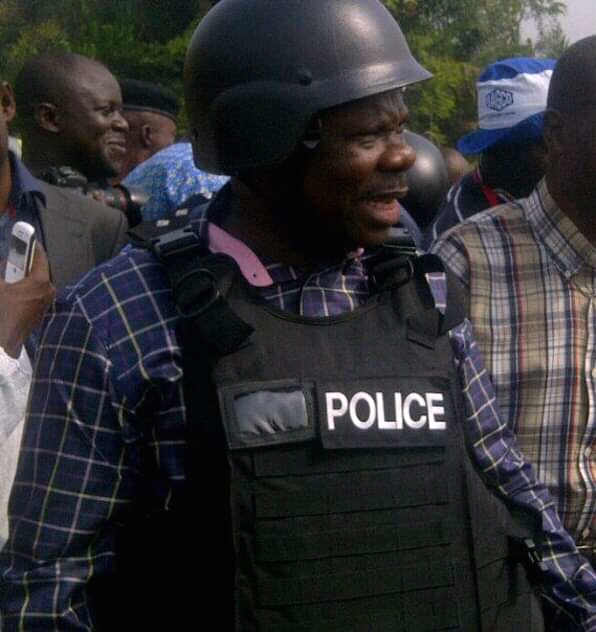 The All Progressives Congress, APC, in Ogun State has called for thorough investigation of an alleged illegal acquisition of firearms leveled against the immediate past governor of the state, Senator Ibikunle Amosun.

According to a press statement issued by Comrade Tunde Oladunjoye, the spokesman of APC in the state, obtained by our correspondent on Sunday, the recent revelation of an existence of illegal armory and stockpiling of arms and ammunitions by Amosun was a vindication of sort.

Oladunjoye disclosed that he had earlier raised alarm on the violent nature of the former governor and his tendencies to coerce dissenting voice into action through force.

He said: “You will recall that on September 8, 2018, I raised an alarm that I moved a motion on a purported endorsement of Hon. Kunle Akinlade as the consensus candidate of the APC in Ogun State under duress .

“You will also recall that I said the meeting was held at an underground hall inside the Government House in Abeokuta where I felt my life was not safe and the only way out was for me to first play along by carrying out the instruction of the Governor delivered to me by the then party chairman, Chief Derin Adebiyi.

“The latest revelation that there was actually an illegal armory operated by Senator Ibikunle Amosun at the government house, harboring about 1000 AK47 riffles and around four million bullets has vindicated me and confirmed to me that I took the right decision to safe my life.

“Though I knew there were some illegal small arms, including English pistols, in the possession of Senator Amosun and his boys, I never knew such huge stockpiling of arms existed right in the government house. I thanked my stars for my wise decision to play along at the sham consensus meeting.

“I now wonder what some people who said I shouldn’t have played along will say. In fact, how many of us at that meeting would have honored Amosun’s summons if we knew we will be inside the same government house and sharing the same venue with, and probably sitting on an illegal armory of about 1000 assault riffles and about four million bullets? How many visitors would want to visit the governor if they had known that he had such huge weapons in the government house? How many residents of Abeokuta will even walk or drive past the government house with its illegal armory if they had the tipoff.

“Without mincing words, I am urging President Muhammadu Buhari, in his capacity as the Commander-in-Chief of the Armed Forces of the Federal Republic of Nigeria, to quickly order investigation into the Amosun gunrunning scandal. Such collection of huge arms and ammunitions can only exist in the military barracks in Nigeria. Or, how many AK47 or millions if bullets can the police in Ogun State boast of.

“Mr. President should urgently investigate this matter as I believe there are more to be unraveled. It will be interesting to see the manifest for the importation of the ammunitions and its distribution and usage in Ogun State in the last seven years. We do not believe that President Buhari appointed Mr. Amosun as a satellite “Commander-in-Chief .

“There is no better time for Mr. President to demonstrate his recent reaffirmation of Nigeria’s support to the International Criminal Court in fulfilling its mandates, than now”