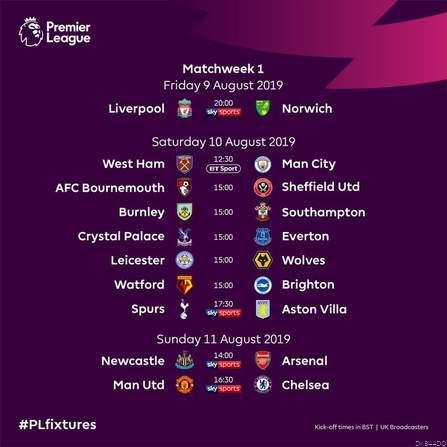 Champions Manchester City will open the defence of their title the following day with a trip to West Ham.

For the first time in Premier League history, the clubs will get a short mid-season break in February.

The break will be staggered over a two-week period. There will be only five matches on one weekend, with the other five games from that round taking place the following weekend, ensuring that each team gets one week off.