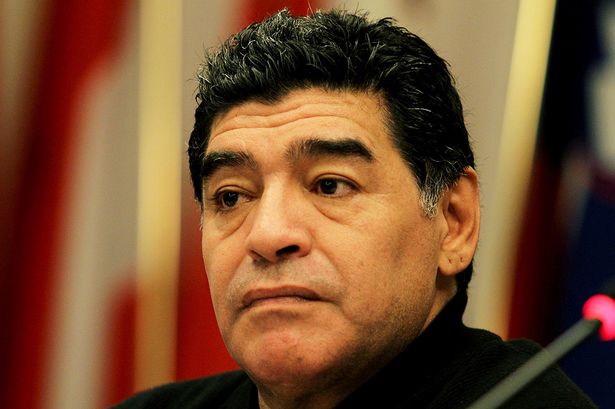 After Jose Mourinho was dismissed in December, United’s executive vice-chairman, Ed Woodward, decided to give Solskjaer a contract until the end of the campaign.

The Norwegian hit the ground running at Old Trafford by winning his first eight games, while he also guided United to a remarkable comeback victory against Paris Saint-Germain in the Champions League.

However, since that 3-1 victory in Paris on March 6, United won just two matches and lost eight of their remaining 12 games in all competitions.

Solskjaer was given a three-year contract at the end of March and is now tasked with a major rebuild of his United squad, who will play in the Europa League next season.

But Maradona is ready to step in if the Premier League side need a new man.

“If Manchester [United] need a coach, I’m the man to do it.

“Manchester United used to be my favourite English team for so long.

“But now I have to say Man City. I know you shouldn’t change like that but it’s because of Kun [Aguero]. We speak a lot and he plays in a very good team,” Maradona told FourFourTwo.