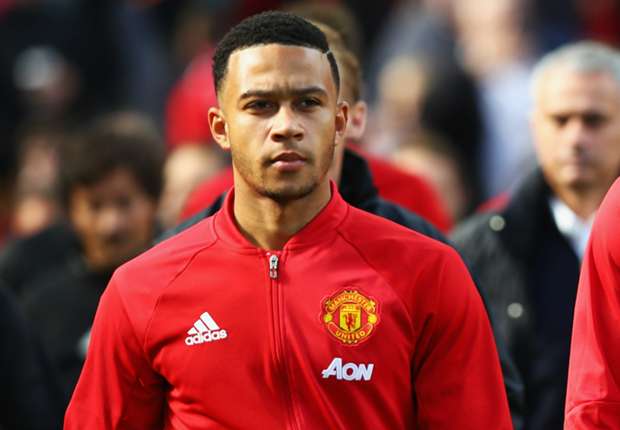 Former Manchester United winger, Memphis Depay has blamed himself for his failure at the club.

The player also shared the blame with former managers of the club, Luis Van Gaal and Jose Mourinho.

Depay said he did not fulfil his expectations in England because he did not believe in God.

Depay arrived at Old Trafford on the back of a sensational season with PSV and hopes were high of him to restore pride to a stagnant United side.

The 25-year-old said both Van Gaal and Mourinho did not give him the chance to revive his career at the club.

Depay, who left United for Lyon, thinks his rejuvenation in France has been helped by a new found outlook in life, and by actively interacting with religion.

According to him, “I lost myself in Manchester. That was the real heart of the matter. It took me a few years to realise that,” he stated on his book, ‘Heart of a Lion.’

“During my time in Manchester I blamed everybody: Van Gaal, Mourinho, I felt like the whole world was against me. But I didn’t blame myself. That’s not how it works in life.

“It was very frustrating I didn’t reach my usual level.

“The adaption took more time than I thought and soon I had problems with the defensive way of playing.

“My freedom on the pitch was limited. Doing that means you limit my main qualities. At PSV I had the freedom to search for the offensive spaces and follow my instincts.

“At United I got confused. I had to follow the tactical orders of Van Gaal, otherwise I would certainly lose my spot in the team.

“Van Gaal doesn’t like players who don’t follow up on his comments. Meanwhile I knew I couldn’t get the best out of my play this way: staying on the left side of the field, running back and forth.

“I didn’t understand: you buy me because of my specific qualities you saw at PSV and the Dutch national team. After that you put me in a role where I can’t play that way anymore. For me that was confusing.

“During that time I lost it. After training I went home and didn’t want to see anybody. That was mentally a very bad period. And it got worse every day.

“Looking from the outside I had a good life: being a part of one of the biggest clubs in the world, living in a beautiful home with a swimming pool, together with my best friend Gigi (Vitale), driving in a Rolls Royce.

“But I was totally unhappy with my life. For the first time I lost the joy in playing football. The most beautiful thing in my whole life, football, gave me a very sad feeling.

“The frustration grew by the day and I didn’t know how to change that.

“Now I know what the real problem was: not only I lost myself, I also neglected my belief in God.

“That was the real reason why I felt so alone in Manchester. You won’t make it when you have to deal with your problems on your own.

“My performances at United where not even close to what I am capable of.

“I was looking for excuses to justify the failure. I hid myself behind the fact that it was my first adventure abroad, that I had to adapt to the high level of the Premier League. But even then I have the qualities to perform better than I did.

“So when you look beyond my excuses, only one conclusion is left over: I lost myself and I lost God. So there is only one person to blame: that’s me and nobody else.”