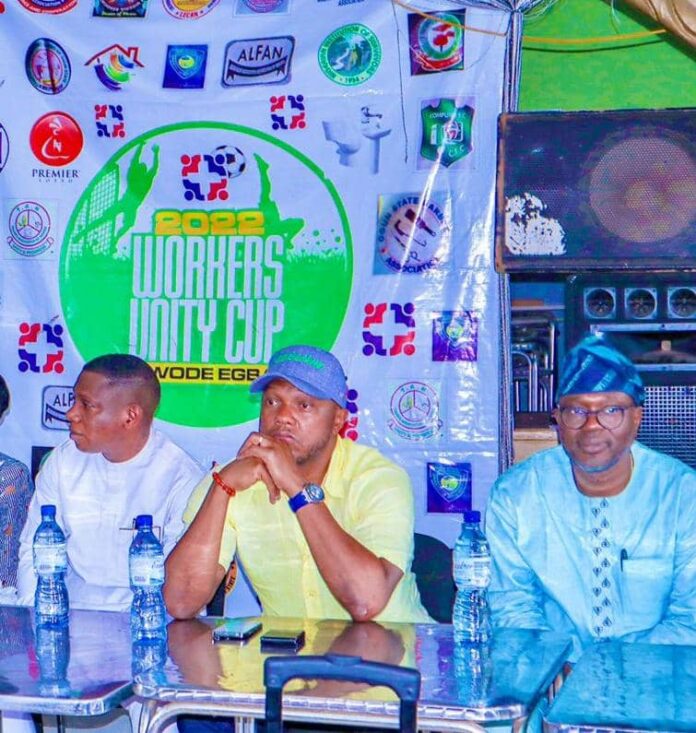 At Thursday’s draw ceremony in Owode, the foundation co-ordinator – Mr. Abiodun Ogunremi announced that 20 associations in Obafemi-Owode Local Government Area will compete for the cup.

Co-founder of the foundation and Ogun Central PDP Senatorial Candidate, Chief Olumide Aderinokun announced the cash prize of #500,000 to be shared among the first three teams while the other 17 associations will go home with #25,000 each.

He also promised to get all participating teams playing bibs for the competition that starts on Wednesday, August 31st.

Chief Aderinokun in his remarks, said: “Age might have caught up with some of you, so we can’t promise to sponsor players to professional clubs but we will do our best to make this competition top notch.

“It will be an annual competition and I look forward to seeing the excitement and unity it will bring to Obafemi-Owode Local Government Area because this is my home.”