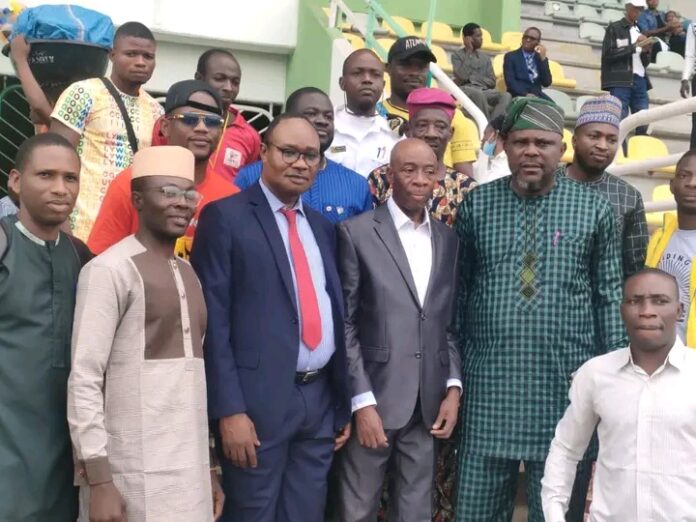 The General Manager, Ogun State Sports Council, Mrs Iyabode Rotimi explained that the inauguration of the Chairmen and members into various sports associations was part of the government’s commitment to the development of sports in the state.

Mrs Rotimi who noted that poaching of the grassroots trained athletes by the gold harvesting states had become bothersome and appealed to various sports associations to reduce the trend to the barest minimum.

The Ogun State Sports Council General Manager also implored the chairmen and members of the sports associations to be committed to improving the face of sports in the state especially at the forthcoming National Sports Festival in Delta state.

Also speaking, the former Chairman, Ogun State Football Association, retired Justice Dehinde Soremi encouraged the Chairmen and members of the sports associations to work towards taking sports to an enviable heights in the state.

Retired Justice Soremi who commended the present administration for the efforts at developing sports in state said there was the need for government to do more in repositioning the state in the field of sports.
Speaking with Radio Nigeria, the Chairman of the Wrestling Association, Dr Abimbola Babalola promised to take the game to the secondary schools across the state in an efforts to raise talents that would replace the ageing athletes.

Dr Babalola solicited the support of the members of the association towards the development wrestling in the state.

In a remark, the Chairman, Technical Committee, Prince Adetunji Onatolu expressed optimism that the inauguration of the associations would enable the state to prepare well for the National Sports festival later in the year.