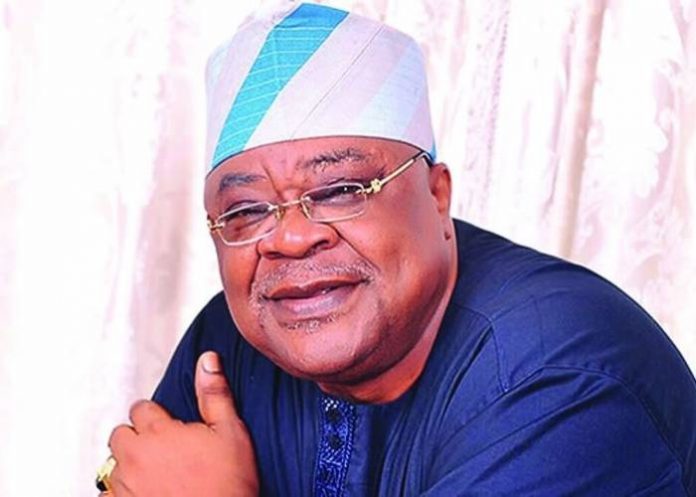 Justice Olalekan Owolabi of a State High Court sitting in Ibadan, Oyo State, has adjourned the trial of a former governor of the state, Otunba Adebayo Christopher Alao-Akala, to May 2, 2019.

Alao-Akala is standing trial along with his then Commissioner for Local Government and Chieftaincy Matters, Hosea Agboola, and an Ibadan-based businessman, Femi Babalola, for an 11-count charge preferred against them by the Economic and Financial Crimes Commission (EFCC).

The charge against them bordered on conspiracy, awarding contract without budgetary provision, obtaining by false pretence, acquiring property with money derived from an illegal act and concealing the ownership of such property.

Alao-Akala is alleged to have awarded a road contract worth about N8.5 billion between 2007 and 2009 without budgetary provision to Pentagon Engineering Services, a company traced to Babalola. The said contract was executed on behalf of the 33 local government areas in the state.

The former governor was alleged to have ordered for the supply of drilling machines worth about N3.5 billion on behalf of the local government areas. He also allegedly conspired with Agboola to withdraw N2.9 billion from the Oyo State local government joint account, and for illegally acquiring some property on Old Bodija Road, off Rotimi Williams Road, when he was in office.

The offences contravene Section 22 (4) of the Corrupt Practices and Other Related Offences Act and Section 1 (18) of the Advance Fee Fraud Act.

At Wednesday’s proceeding, counsel for the EFCC, Ben Ubi, informed the court that the second prosecution witness, Abdulrasheed Bawa, who was meant to testify in court, was now the Head of Operations of the EFCC Port Harcourt Zonal Office, and was unable to make it to court, due to election duties.

“My Lord the reason our witness is not in court today is because he is involved in the election processes in Rivers State,” he said, praying the court for an adjournment.

Counsel to the first and third defendants, Hakeem Afolabi, and his counterpart, Richard Ogunwole, holding the brief of the second defendant, did not oppose the prayer.

Consequently, the presiding judge adjourned for “continuation of trial” and ordered the prosecution to make sure its witnesses were available at the next date.