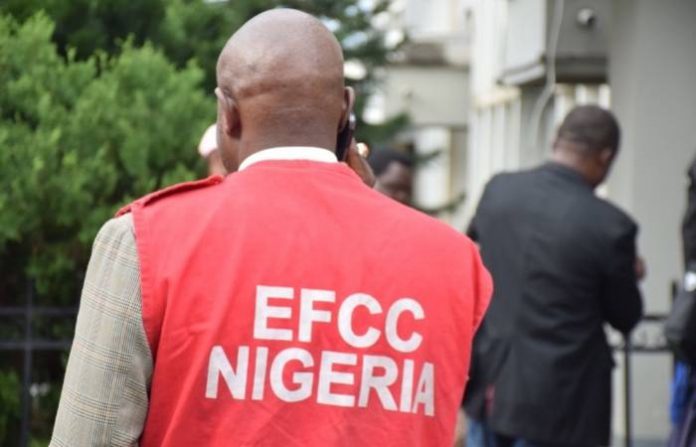 The Economic and Financial Crimes Commission (EFCC) in Ilorin has arrested 24 suspects for internet fraud and one other for vote buying in Kwara.

Mr Isyaku Sharu, Zonal head of EFCC, Ilorin, who disclosed this in an interview with our correspondent in his office, said that most of those arrested ”were vibrant, young and energetic youths, aged between 18 and 25.

“Among those arrested are two corps members, some students of University of Ilorin and others from the Kwara Polytechnic, including their girlfriends

“15 of them have been taken to court, while the remaining 10 girls are still under investigation, until we find something against them,” he said.

Sharu said that before the Presidential, National Assembly, Governorship and State Assembles Elections, the commission embarked on an enlightenment programme on both the local media, English and Yoruba media warning citizens against vote buying

“We published our numbers for people to call, and during the last Gubernatorial and House of Assembly elections, we got calls and we were able to arrest one person for vote buying and we will soon charge him to court,” he said.

Sharu said that the commission, in collaboration with the Nigerian Customs Service (NCS), also arrested a fake Customs controller, who swindled members of the public, issuing them forms for employment and collecting huge sums of money.

“Unsuspected citizens were given forms for employment into the NCS by the suspect, who collected up to N500,000.

“He has since been charged to court,” he said.

He said the EFCC will collaborate with stakeholders in the state, like the security agents, law enforcement, traditional institution, Corps members and students against economic and financial crimes in the state.