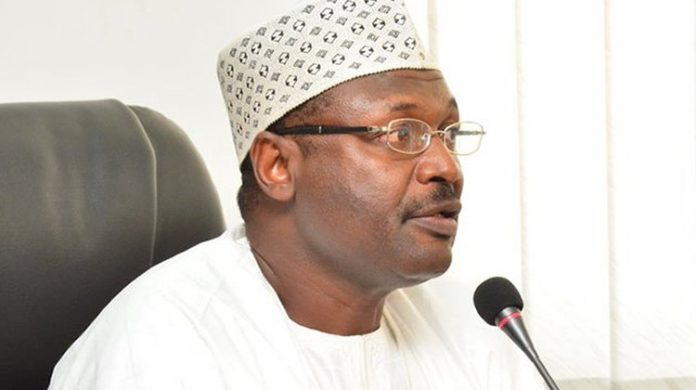 The Independent National Electoral Commission on Thursday insisted that it had no electronic server being sought to be accessed and inspected by the Peoples Democratic Party and its presidential candidate in the February 23, 2019 presidential election, Alhaji Atiku Abubakar.

The commission had earlier denied the existence of such server in its reply filed on April 10, 2019 to oppose Atiku and the PDP’s petition pending before the five-man Presidential Election Petitions tribunal.

The petitioners are by their petition challenging the victory of President Muhammadu Buhari and his All Progressives Congress at the last presidential election.

The three respondents, through their respective counsel, reminded the tribunal that the Court of Appeal had, on May 6, 2019 (before the petition was filed on May 18), dismissed a similar application filed by the petitioners.

Represented at the Thursday’s proceedings by its lead counsel, Mr Yunus Usman (SAN), INEC said the application by the petitioners amounted to asking the commission to produce what it did not have.

Urging the tribunal to dismiss the application, Usman said, “We attached as Exhibit 1, the enrolled order of this honourable court made on May 6, 2019 refusing all the prayers of the petitioners in this application. They said we should bring what we don’t have.”

INEC had declared Buhari and the APC the winner of the February 23 election.

But Atiku and the PDP, in their petition filed on March 18 to challenge the outcome of the polls, contended that “from the data” obtained from INEC’s server, “the true, actual and correct results” showed that they polled a total of 18,356,732 votes to defeat Buhari whom they said scored 16,741,430 votes.

By calculation, Atiku and PDP claimed to have defeated Buhari by 1,615,302 votes.

The petitioners, through their lead counsel, Dr Livy Ozoukwu, subsequently filed an application on May 8, 2019, seeking an order of the tribunal permitting them to access and inspect INEC’s server into which results and other data were allegedly transmitted during the election.

Uche urged the tribunal to grant the application in the interest of justice, transparency and neutrality, saying it was necessary for his team to be able to maintain the petition.

He said, “The application in summary asks for access to and inspection of the server of INEC and the smart card readers used in the conduct of the presidential election.

“We have addressed the issues in our counter-affidavit, written address and reply on points of law and we urge your lordships that the application be granted as prayed in the interest of justice, transparency and neutrality. The application is necessary for the maintenance of this petition.”

Reacting first, INEC’s lead counsel, Usman, referred the tribunal to his client’s counter-affidavit filed on May 23 in opposition to the application.

He added that the Court of Appeal having earlier refused a similar application, same should not be granted again.

He referred to the enrolled order earlier made by the Court of Appeal on March 6, 2019, which he said, had been attached to his client’s counter-affidavit as Exhibit 1.

Also attached to Buhari’s counter-affidavit as exhibits are the petitioners’ ex parte application filed on March 4, 2019 along with the written address with which the petitioners had earlier sought access to the server.

“In urging your lordships to dismiss this application, we also urge your lordships not to overrule yourselves in respect of Exhibit 2(the ruling of the Court of Appeal rejecting the petitioners’ earlier application),” Olanipekun said.

The APC’s lawyer also toed the same line of argument by urging the tribunal to dismiss the application on the grounds that INEC had declared that it did not use any server for the conduct of the election.

Fagbemi said, “INEC said they don’t have these documents. The petitioners must prove that they exist. Apart from the newspapers exhibited, there is no concrete evidence supplied by the petitioners as proof.”

Earlier, the petitioners’ lead counsel, Ozoukwu, moved an application praying for an order striking out the APC’s reply to the petition.

The application was opposed by Fagbemi.

The tribunal reserved rulings on the two applications which it said would be delivered on a date to be communicated to the parties.

The tribunal also adjourned the pre-hearing session in respect of the petition till June 24.

Meanwhile, the tribunal also on Thursday reserved rulings on seven applications filed in respect of the petition filed by the Hope Democratic Party and its presidential candidate, Ambrose Owuru, to challenge Buhari’s victory.

One of the applications was filed by the petitioners, through their lawyer, Mr Oliver Eya, seeking an amendment to their petition.

Counsel representing Buhari (Olanipekun) and the APC (Fagbemi) did not oppose the application, but INEC’s lawyer (Usman) did.

The tribunal reserved its ruling on the application.

Also, three motions filed by INEC, one by Buhari and two by the APC were heard and rulings on them reserved by the tribunal on Thursday.

The motions filed by the three respondents sought the dismissal or striking out of either the petition or the petitioners’ reply to a respondent’s reply, on various grounds.

Further hearing in the pre-hearing session on the HDP’s petition was adjourned till June 20 by the tribunal.