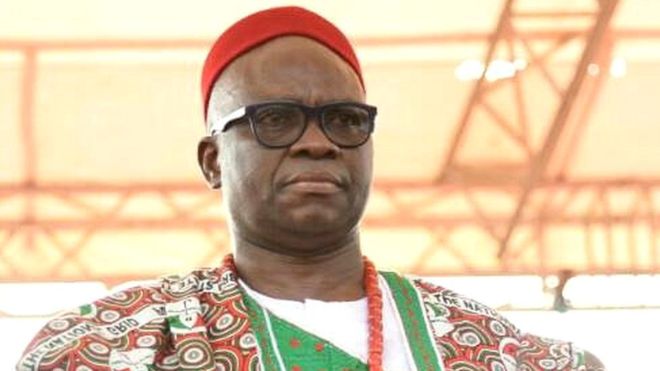 National Vice Chairman (South West) of the party, Eddy Olafeso, in a statement, in Akure, Ondo State, yesterday, decried the continuous harassment of Fayose by the EFCC operatives.

He said: “We are compelled to draw attention of the public to the ceaseless harassment of Fayose and some other prominent members of our party by the EFCC.

“This action, to say the least, is disappointing and indeed, underscore the quality of leadership that currently drives this agency.

“It is imperative that we bring to the notice of all Nigerians that the EFCC has currently deployed a team of investigators to Ado Ekiti, whose main assignment is centred on a goal to manufacture evidences it hopes to use to secure an indictment of Fayose at all costs.

“This team, working in active connivance with the Ekiti State government, is currently housed at the Bawa Lodge of the Ekiti State Government House. Its modus operandi involves intimidating and harassing civil servants, with a view to coercing them to bear curious witness in the trial of the former governor.

“This attitude is not only cheap, but also patently criminal. We are particularly worried about this development, more so at a time the EFCC has secured the leave of the chief judge of the Federal High Court to transfer the case of Fayose from a judge before whom 12 out of EFCC’s 13 witnesses have given evidence to another judge.

“This action we find very uncomfortable and most probably inexcusable.”