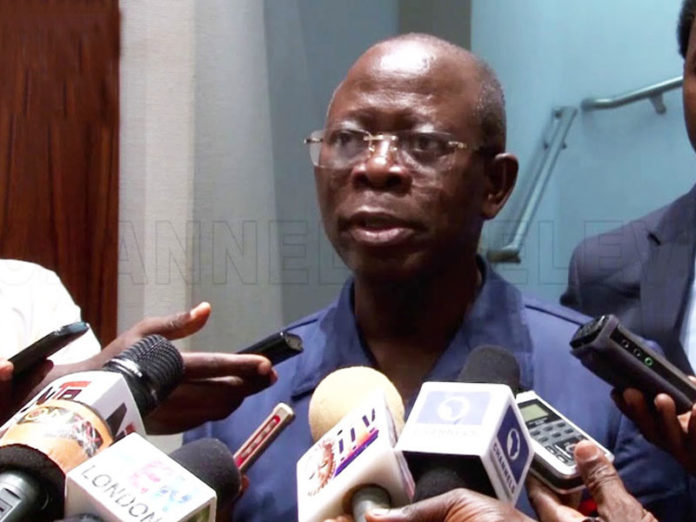 The All Progressives Congress has queried the Independent National electoral Commission’s preparedness for the rescheduled February 23 Presidential and National Assembly elections.

The party alleged that the ballot papers for the elections had been sighted in some places and could give room for compromise.

The party also said it would resume campaigns to remind people, especially at the grassroots on the need to turn out for the rescheduled elections.

The APC National Chairman, Adams Oshiomhole, who spoke at the National Caucus meeting of the party in Abuja on Monday, also queried INEC for having a mere 4,000 extra card readers for 176,000 polling units instead of having one extra per polling unit.

He said, “Now my question, having sighted a copy or a sample of the ballot papers and of the result sheets, what is INEC doing differently to ensure that those who have already seen those samples will not go to ‘Amadi layout’ to go and try to print a sample of the one they have seen?

“INEC, having violated our confidence, they now must earn it or re-earn it and sustain it every day the same way.

“So, we are going to write INEC to demand a small meeting not to be a meeting of not more than 1,000 people in a conference hall, face-to-face to speak to specific details.

“One, we have been told that they would re-configure card readers and we were told that they were like about 180,000 and there are two issues. One,  INEC have you started? When will you finish this configuration? If they are 180,000, it means the extra is only 4,000 since we have 176,000 polling booths. What is the basis for only making allowance for only 4,000? Is this based on past experience?”

Expressing doubt about INEC’s neutrality in the election, Oshiomhole said what the commission had done created rooms for suspicion.

“Mr President, why we need concrete answers to all these questions is that, in the absence of incident forms, should there be more card reader failure over and above 4,000, what is INEC’s contingency plan to deal with that? We don’t want staggered elections. We want nationwide elections, same time, same day all over the country. So, INEC needs to brief us on the basis for this small addition. Every card reader should have a spare. So, if we have 176,000 polling units, we want to have 176,000 spares. So, whenever one fails, the other one can be used.”

“I am much more determined that our message to the Nigerian people, we must revive it, we must insist these elections are conducted properly, some INEC RECs have been compromised…”

Oshiomhole also said INEC could not by fiat close campaign when the law allows it 24 hours to the elections.

He said, “The laws made by our parliament are superior to the opinions of the INEC chairman (with all due respect to his office). The extant provision of the law is clear. When you postpone elections, it had happened before; the law says you are entitled to renew campaigns up to 24 hours before the date of the elections. It did not say you would stop campaigns on the 15th of February regardless of when the elections will actually take place.

“To ask us as a political party not to go out, remember our people might have forgotten and the result could be very very low turnout. That is not good for a party that has huge support base. It can only be good for a party that is not sure of its level of grass-roots support. So, without consulting INEC, we are proceeding and we are ready to meet them in court because they cannot by administrative fiat amend or distort extant provisions of the Electoral Act and those laws are not secret to INEC.”

While stating the objective of the meeting, Oshiomhole admitted that the postponement by INEC had thrown up new cost and challenges for the APC.

COVID-19: EFCC Hands Over Diezani’s Property To Lagos Govt For Use...