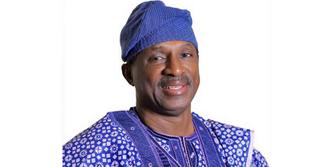 The governorship candidate of African Democratic Party in Oyo State, Senator Olufemi Lanlehin, says he is confident that the ruling All Progressives Congress will lose the governorship election and all the three senatorial seats in the state in the forthcoming general elections.

The state governor, Abiola Ajimobi, is one of the senatorial candidates contesting on the APC platform.

Lanlehin, in an interview with our correspondent on Monday, said the state had been afflicted by hunger and poverty.

He claimed that residents of the state are not happy with the government.

He said the eight years of the APC in charge of the state were filled with negative records that would work against the party in the elections.

He said, “The incumbency of the APC is negative. There is so much hunger and poverty in the land. Oyo people are not happy. The government is just embarking on white elephant. For many months, schools are closed down.

“They will lose the elections and the ADC will win in all the senatorial districts in the state. And come March 9, 2019, I will be the governor-elect of Oyo State.”

Lanlehin, who represented Oyo South Senatorial District between 2011 and 2015 on the platform of the defunct Action Congress of Nigeria, said a large number of people had dumped the APC and other parties for the ADC.

He added, “The ADC is a very big coalition of different groups. Don’t forget that the two senators elected on the platform of the APC are now in the ADC. Six of the 14 serving House of Representatives members are also now in the ADC and we have strong grassroots support.”