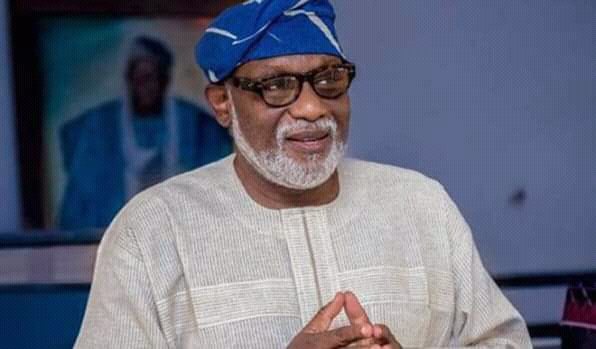 The Ondo State governor, Oluwarotimi Akeredolu, has described his predecessor, the former governor of the state, Dr. Olusegun Mimiko, as a selfish and overambitious politician who does give room for others to grow.

Akeredolu, who spoke at a mega rally organised to galvanise support for the Presidential candidate of the All Progressives Congress, APC, President Muhammadu Buhari as well as party candidates in the central senatorial district of the state, emphasised that Mimiko’s aspirations have always been about himself.

His words: “He (Mimiko) was commissioner, he was SSG, he served as minister in Abuja and then, he was governor for eight years.

“Now, he wants to become a Senator. Is there no other person who can be a Senator in Ondo Central except him?”

The Governor also described Mimiko, who is contesting the Ondo Central Senatorial seat under the platform of Zenith Labour Party, ZLP, as a liar.

He accused the former governor of telling people that he was supporting his senatorial aspiration as against his party’s candidate and incumbent senator, Tayo Alasoadura.

Akeredolu, however, maintained that they are friends but the friendship does not transcend into political relationship.

“Our attention has been brought to his lies that I was the one who asked him to come out and contest for Senate. That’s a blatant lie. We have only one candidate and he’s Donald Tayo Alasoadura

“How can I leave a man who stood by us after the primary that brought me in, he stood behind me. I am fully with Alasoadura. I stand with Alasoadura. If Mimiko wants to join our party, he should come, we may take him in, but he will have to cool down and allow Alash to go for another term.

LG CRISIS: WE WILL PROSECUTE THOSE WHO VANDALIZED LGS PROPERTIES- OYO...