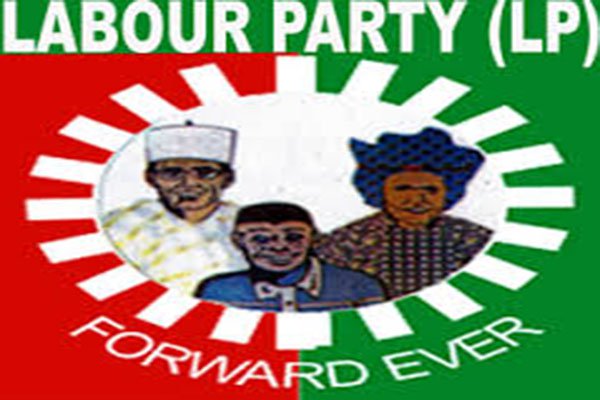 Labour Party Chairman In Ogun State, Comrade Abayomi Arabambi has condemned the dismissal of its petition challenging the election of Prince Dapo Abiodun as Governor of the State by the State Election Petition Tribunal, describing it as “a pre-determined political conspiracy”.

It would be recalled that The Ogun State Governorship Election Tribunal sitting in Abeokuta, on Friday, struck out the petition by the Labour Party (LP) challenging the victory of Governor Dapo Abiodun.

The tribunal also awarded a N500,000 compensatory Fine against the Labour Party, to be paid to Governor Abiodun. The tribunal predicated its judgement on the absence of the petitioner in court and neither was it represented by any counsel.

The LP had filed a petition marked EPT/GOV /03/2019 at the tribunal to challenge the Independent National Electoral Commission (INEC) for alleged unlawful exclusion of the Party’s candidate from contesting during the election in the State.

The Ogun State Chapter Chairman of Labour Party, Comrade Abayomi Arabambi according to a statement made available to newsmen in Abeokuta on Saturday disclosed that the party has concluded plans to file for an appeal at the Court of Appeal, Ibadan to challenge the Independent National Electoral Commission (INEC) for alleged unlawful exclusion of the party’s candidate from contesting during the last governorship election in the state.

Arabambi who promised to pursue the case to a reasonable conclusion, said, “We are assuring the public that nothing has changed, the case is alive and has been appealed already before the court of appeal in Ibadan”.

He said his party had written series of detailed and acknowledged official letters to the President of the Courts of Appeal, Hon. Justice Zainab Adamu Bulkachuwa, The Chairman and members of Ogun State Election Petition Tribunal, the Inspector General of Police and the Director General of DSS requesting that the Tribunal be relocated to Abuja for the safety of the lives of the petitioners and that of their witnesses.

Arabambi said, “The public should be aware that, what some Judicial merchants in politics are trying to do and seemingly with the cooperation of their collaborators in the Judiciary is to make getting justice difficult”.

He further observed that,” The Judiciary is practically becoming the accused/ respondent in this case.  The core point is that , you can’t beat a petition that is so obvious and glaring which needs little effort to prove , no matter the level of your governmental connections”.

“we want reiterate our commitment in the judiciary of Nigeria just as we would not allow the corrupt few in the system to infiltrate justice in connivance with some unholy politicians in politicians in disguise”, Arabambi added.