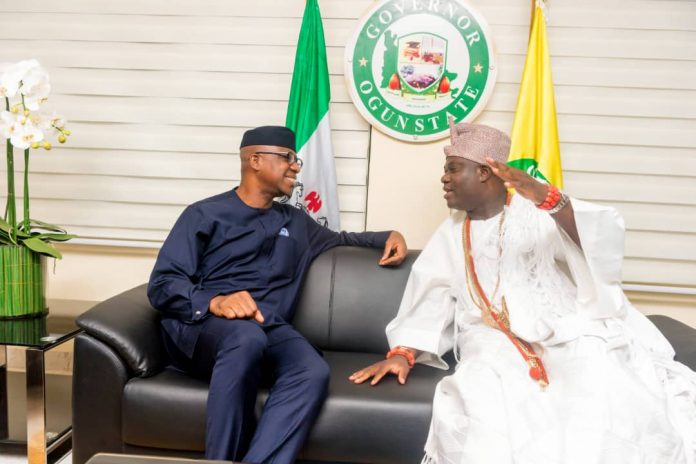 The Ogun State government will INCORPORATE afrobeat music into it’s annual African Drum Festival to make it bigger and BETTER THAN THE FORMER.

This was disclosed by the Executive Governor of Ogun State, Prince (Dr) Dapo Abiodun at his Oke-Mosan Office in Abeokuta, Ogun State  on Thursday while playing host to the Ooni of Ife, Oba Adeyeye Enitan Ogunwusi. He said the decision was to promote the music made popular by the indigent of the State, Fela Anikulapo Kuti. 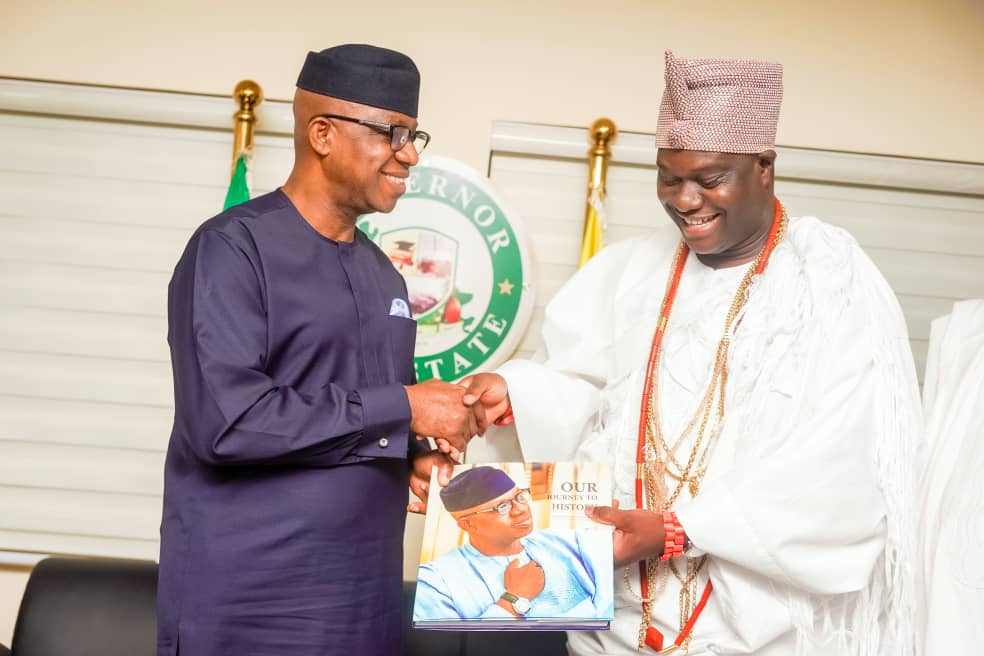 Governor Abiodun also disclosed that 30 hectares of land has been allocated for the Creative Arts Village whose construction would commence in the third quarter of this year.

He said efforts are on to have a more than 15,000 seater conference Hall that would be like a mini Hollywood, where those in the music industry would use to express themselves.

He lauded the Oba for making the youth proud by promoting the yoruba culture and adding colour to the throne, assuring that he would be focused by providing qualitative leadership to justify the mandate given to him by the people.

Speaking earlier, Oba Ogunwusi, described the State as a shining example in self sustainability, adding that the State with its human and natural resources was a force to be reckoned with in the comity of states.

While assuring the Governor of his continued prayers and useful advice, the monarch called on political appointees to work as a team, expressing confidence that the Governor would succeed in taking the State to the next level. 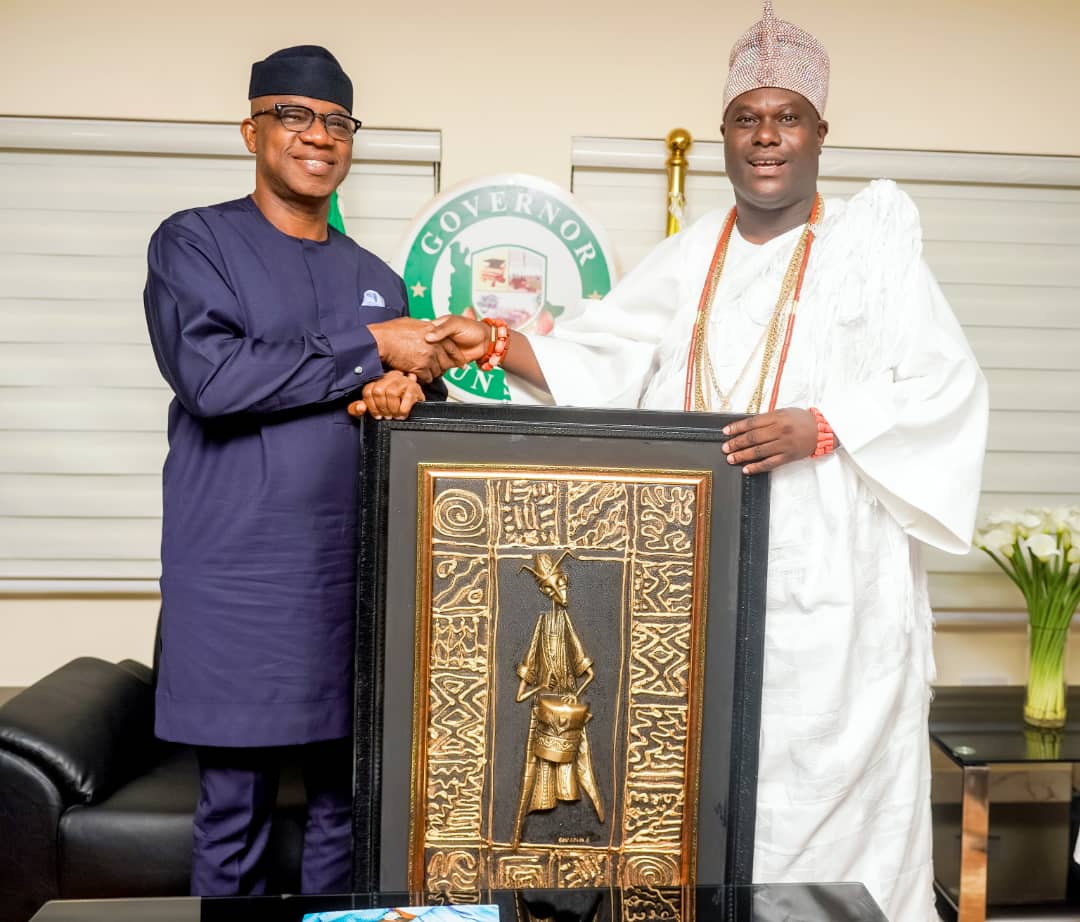