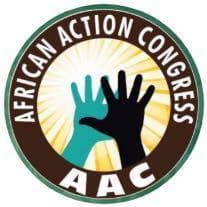 This is to notify the General Public, Members of the African Action Congress AAC and Take it Back Movement that Mrs Otasanya Martins and Engineer Francis Abayomi has been expelled from the Party due to their anti-progressive politics, which they displayed on the 13th of May, 2019.

Engineer Francis Abayomi who unconstitutionally and unlawfully partook in a pseudo NEC Meeting to suspend our National Chairman.

Their expulsion became necessary when a Certain Publication by Punch Newspaper on the  14th of May 2019 mentioned Engineer Francis Abayomi as the National Deputy Chairman of the African Action Congress by an unduly and unconstitutional NEC meeting which in actual fact is illegal.

The expulsion motion which was moved by Comrade Bashiru Hammed (Labash) and seconded by Comrade Samuel from Remo North.

We hereby call on the General Public to Dissociate itself from Mrs Eniola Otasanya Martins and Engineer Francis Abayomi as a member of the African Action Congress.

Mrs Otasanya Martins and Engineer Francis Abayomi should know that they cease to be a member of AAC with Immediate effect starting from Today 15th June 2019 and an attempt to continually use anything pertaining to AAC from today 15th of June 2019 is an act of impersonation and we won’t hesitate to get them arrested.

We are reiterating our Total Support for Comrade Omoyele Sowore as the Authentic National Chairman of the African Action Congress.