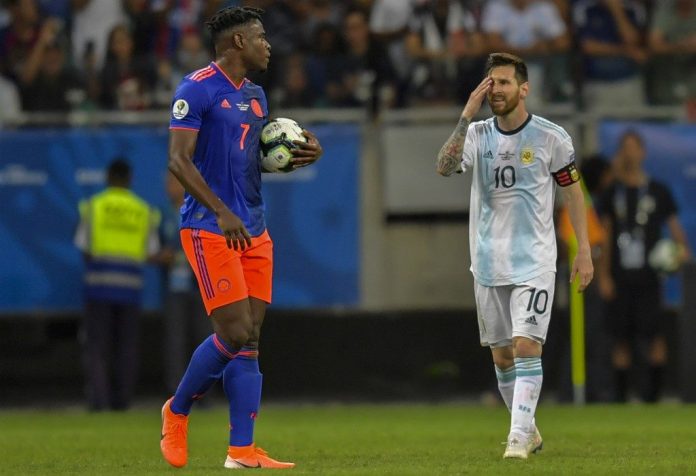 Roger Martinez and Duvan Zapata put a dent in Lionel Messi’s hopes of finally landing a major international title as Colombia began their Copa America campaign with a 2-0 win over Argentina on Saturday.

Martinez struck a stunning opener on 72 minutes and fellow substitute Zapata sealed the win three minutes from the end after Argentina had dominated the second half of this Group B encounter in Salvador.

It had been 20 years since Colombia last beat Argentina at the Copa America.

“We knew it had been many years, I’m delighted but the Copa isn’t finished,” said Zapata. “We’re going to enjoy this win.”

This was supposed to be World Cup quarter-finalists Colombia’s hardest group test with matches against Paraguay and Asian champions Qatar to come.

Argentina haven’t won a major tournament in 26 years and were beaten finalists in the last two editions of the South American showpiece, as well as the 2014 World Cup.

“The players know there is a long way to go and we have two matches left,” said Argentina coach Lionel Scaloni.

“The important thing is to stay on the right path and correct our mistakes.”

On paper at least, this promised a thrilling attacking spectacle between two star-studded forward lines.

But it was two players who began the game on the bench that took the chance to steal the headlines.