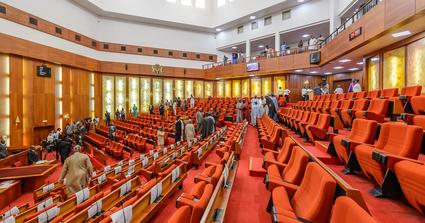 After addresses from the two senators-elect, Ahmed Lawan and Alli Ndume, the Clerk asked if there are any other nominations. In the absence of no nomination,  “We are now going into voting session. By your rules it is open secret ballot,” says Clerk as he ended nominations.