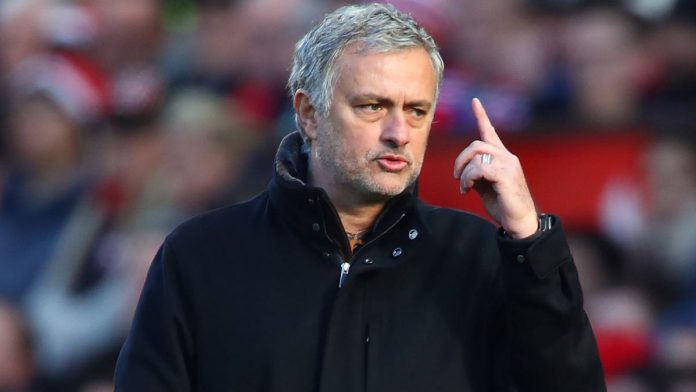 Some big-names, such as Cristiano Ronaldo was not named in Mourinho’s first eleven.

The Portuguese named his team from teams which had reached the final four of the competition.

He narrowed down to semifinalists Liverpool, Barcelona, Tottenham and Ajax.

“I didn’t chose a player that was not in the semi-finals, it’s a principle, very objective, very pragmatic,” Mourinho explained on BT Sport.

“Some players did amazing things, but I think it’s fair we focus on the teams that reached the last four.”

Liverpool’s Brazilian stopper Alisson Becker was picked as his goalkeeper

He explained, “I go to Alisson, especially because yesterday [in the final] he was there when they needed him to be there.”

On his backline, the former Chelsea boss said, “The two full-backs also have to be Liverpool players, amazing players, [Trent] Alexander-Arnold and [Andy]Robertson.

“And both they are physical, they are aggressive, they are what I call in football ‘the good arrogance’, they are not afraid to play, they go forward, they participate in attack.

“And even in a game yesterday under huge pressure they were very, very good.”

Mourinho also opted for Liverpool’s Dutch colossus Virgil Van Dijk, who was immense again in the final in Madrid to anchor the defence.

“Van Dijk is a king, he is a huge personality. Positionally, a top top player,” Mourinho said.

Moving to midfield, Mourinho retained a youthful Ajax feel to the team.

“I would go to [Frenkie] de Jong and [Donny] van de Beek from Ajax.

“Also young players, also great future, also they showed great personality to play the way they did away from home, against Real Madrid, against Juventus. Big personalities and players with a huge future.”

Mourinho found room for Tottenham’s Christian Eriksen to make up the midfield.

“And [Christian] Eriksen, because I think not phenomenal in the final, like his team was not phenomenal, a huge mistake in the quarter-final but a mistake that was saved by the VAR against [Manchester] City, but the compass of that team,” Mourinho said.