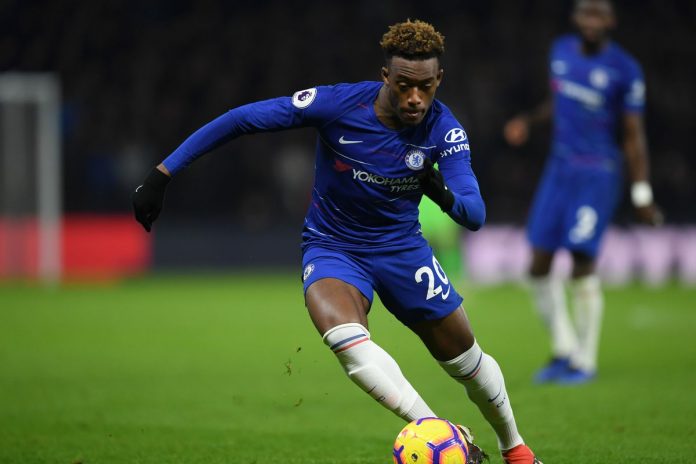 Chelsea are increasingly confident of Callum Hudson-Odoi signing a new deal in the coming weeks, the UK Mirror reports.

The England teenager was desperate to join Bayern Munich in January, with the German champions seeing four bids rejected.

But the 18-year-old’s hopes of leaving Stamford Bridge for the Bundesliga this summer, have been dashed by his ruptured Achilles.

Bayern still retain a keen interest in Hudson-Odoi, but are looking at other targets as they bid to replace Arjen Robben and Franck Ribery.

With the player entering the final year of his contract at Stamford Bridge, Chelsea are prepared to make their move

The Blues believe that Hudson-Odoi is now willing to end speculation over his future, by signing a bumper £100,000-a-week contract.