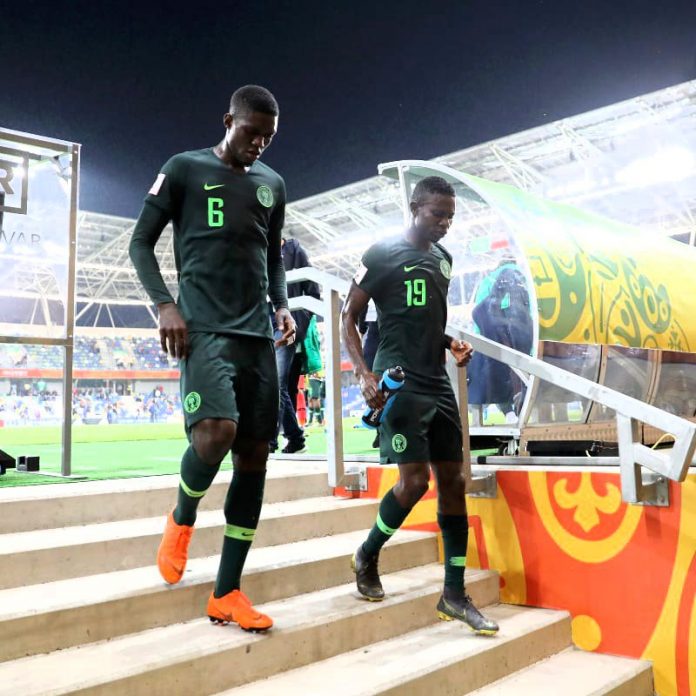 Manchester City wonder kid, Tom Dele-Bashiru and Bournemouth’s Nnamdi Ofoborh, have left the rest of the Flying Eagles team to their fate as the team protest unpaid allowances.

The two England-based youngsters were not part of the ongoing protest embarked upon by the players.

The two midfielders have left the Flying Eagles and have returned to their respective bases, according Allnigeriasoccer

The Flying Eagles players left behind in Poland have vowed to collect every single penny they are owed by the Nigerian Federation before leaving the camp.

They were, however, literally bundled out of the Hotel Ambassador Premium this morning.

The players headed to Warsaw, Polish capital where they are planning to protest in a big way

The U20 stars, who crashed out of the World Cup to Senegal on Monday, are protesting the nonpayment of their allowances and qualification bonus totaling US$5,000 per player.