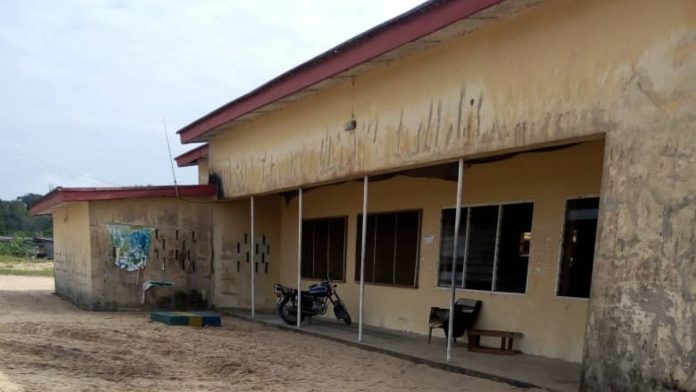 Though the identity of the seven-month-old pregnant policewoman and the two sergeant who were on duty are yet to be identified, the name of the Divisional Police Officer (DPO) who was said to have been killed in his sleep, was given as S.P Ola Rosanla.

Our correspondent learnt that few weeks ago, four suspected kidnappers were arrested, detained and tortured severely in the station before they were transferred to the command headquarters prior to their release from custody. This may not be unconnected with the incident.

A community source, who spoke on the condition of anonymity, said one police was shot in the leg, while another escaped through the window and raised alarm that alerted the command headquarters, adding that no civilian was killed in the attack as there were no detainee in the station at the time the gunmen carried out their operation.

Our source disclosed that the attack was carried out at about 2:15 am of Monday, and lasted for about an hour, while the gunmen escape through the Sabagreia river afterwards.

“At dawn, we heard one policeman escaped, while another who was shot on the leg survived the attack,” he said.

The community source further disclosed that all the rifles in arsenal of the police station and uniforms belonging to the deceased officers were taken away by the gunmen.

Another resident, who spoke with our correspondent, said the community was still in shock over such an anomaly, “police were killed while they were sleeping on duty and in their duty post”. He added that “some persons are let loose in the name of politics, tell me such criminal acts happened and an Ekpetiama man won’t be involved. Our problem is management, our communities, clan and even government have failed to manage most of the problems we have.

“A government will engage or appoint someone with terrible records in the name of politics to serve and later remove the person is removed, where do you think the person will go back to? Even if its a business man he will go back to his business. We are managing crisis and pretending we dont know the security situation in the state is very porous.

“Agudama Ekpetiama is an interior community so whatever had happened there has an insider in this matter,” the community source said.

The Bayelsa State Police Public Relations Officer, PPRO Asinim Buswat, confirmed the report to our correspondent, saying, “the gunmen killed the DPO and other policemen”