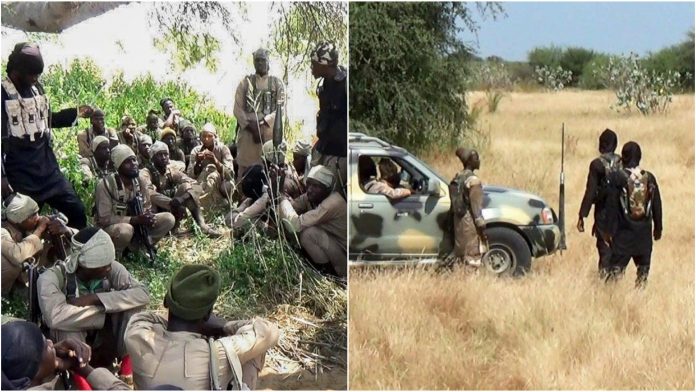 The acting director Defence Information, Col Onyema Nwachukwu, in a statement Sunday night, said it was the terrorists’ attempt to disseminate and propagate false information in order to present a public image of a virile force.

He noted that ISWAP last year circulated a similar video, following an encounter with troops in Baga area of the Lake Chad region.

“Apparently, this video, shows ISWAP occupation of a disused boat yard, which is still being mischievously circulated, after careful doctoring, meant to portray a phantom capture of Naval Base, Baga, as if it were a recent victory in its insurgency campaign”, Onyema said.

“The video footage is undoubtedly an unclever and amateurish attempt to save their faces, having suffered enormous losses in several encounters with troops in the last 7 months,” he added.

The Nigerian military insisted that the video was another failed ISWAP propaganda effort to project itself as a potent force with maritime capabilities.

“It is worthwhile to recall here, that both ISWAP and BHT have severally suffered defeat during fierce offensive operations and Air interdictions conducted by troops of the Multi-National Joint Taskforce (MNJTF) and Operation Lafiya Dole in Doron Naira, Ngouma in Cameroun, Arege, Malkonory and Tumbun Rego, where several insurgents were neutralised, including an ISWAP Commander,” he added

The statement reiterated that the insurgents were recently defeated in the battles of Goniri, Nbaga and Gero by the troops of Operation Lafiya Dole, while huge cache of arms, ammunition and other weapon systems were recovered.

KILLINGS IN NORTHERN NIGERIA HAVE NOTHING TO DO WITH RELIGION –...

JUST IN: ONE PROTESTER KILLED AS ENDSARS PROTEST ROCKS SAGAMU