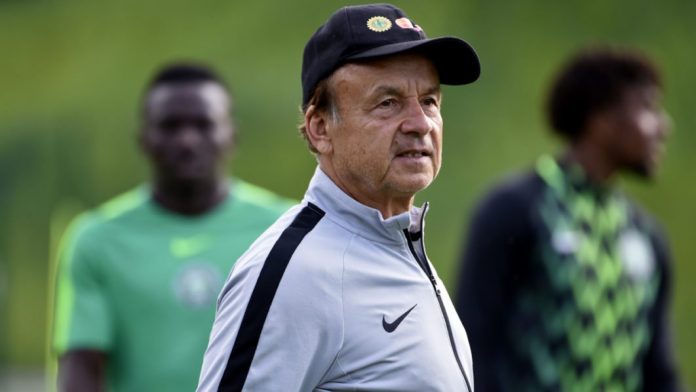 Head coach of the Super Eagles, Gernot Rohr, has confirmed his 23-man travelling party to the 2019 Africa Cup of Nations this month.

Kelechi Iheanacho and Semi Ajayi are the two players that have been dropped, as DAILY POST reported last night.

Both players did not feature on Saturday, as Nigeria were held to a 0-0 draw by Zimbabwe in an international friendly played in Asaba, the Delta State capital.

23 EAGLES players to see in AFCON