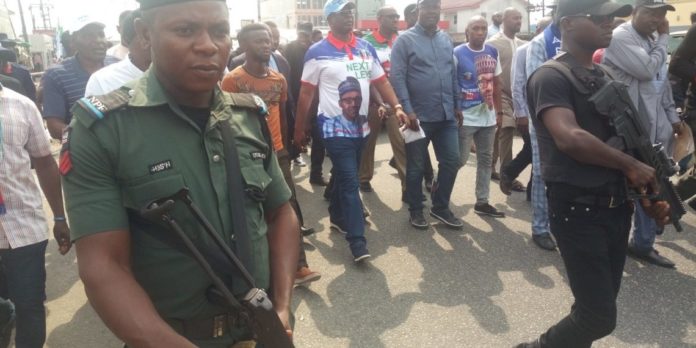 
The All Progressive Congress (APC) on Monday staged a peaceful protest in Yenagoa demanding the arrest of suspected thugs that killed an APC supporter and injured 15 persons at Tungbobiri in Sagbama local government area of Bayelsa State.

The protesters, led by leaders of the party, including former governor of Bayelsa State, Chief Timipre Sylva and Minister of State for Agriculture and Rural Development, Senator Heineken Lokpobiri, accused the police of providing cover for suspected thugs recruited by members of the Peoples Democratic Party (PDP) to unleash mayhem on APC members in the state.

Obasanjo: I never said I will fight to divide Nigeria if...