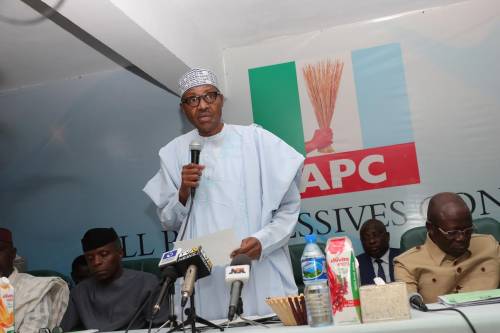 According to the report reaching Tropic Reporters has it that a total of 52 retired Generals of the Armed Forces including Army, Navy and Air Force have endorsed President Muhammadu Buhari’s second term bid.

The retired military officers threw their weight behind the president’s re-election bid today at the council chamber of the State House, Aso Villa, Abuja.