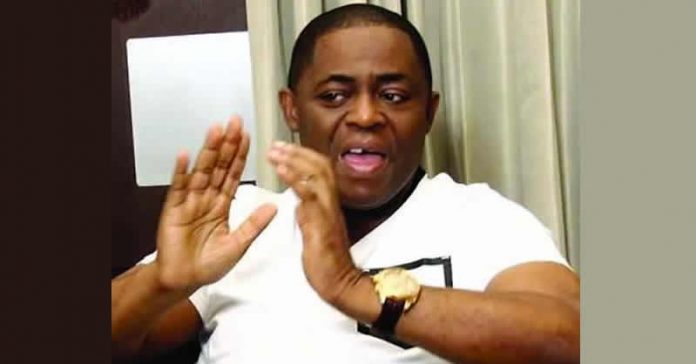 Femi Fani-Kayode, former Minister of Aviation, has reacted to claim by President Muhammadu Buhari’s Special Adviser on Media and Publicity, Femi Adesina on those supporting former President Olusegun Obasanjo against the president.

Adesina had claimed that Christian leaders, who support Obasanjo and oppose Buhari are witches, false prophets and marabouts.

In his latest article entitle, “Ain’t no stopping us now,” Adesina had said: “The sluice gates of free funds had been slammed shut, and they were unhappy. As dolorous as King Lear at his worst.

“The letter writer mobilized the international community, feeding them with misinformation and disinformation. Fulanization. Islamization, and other creepy concoctions. He was already addressing the PDP candidate as “my incoming President.”

“Oh, how so very easy to build castles in the air!

“Marabouts, witches, wizards, and false prophets masquerading as pastors, bishops, and archbishops also joined the fray. They began to spew falsehood, which they attributed to God. He that sits in Heaven just laughed at them, and held them in utter derision.”

However, the former Aviation Minister said the reverse should be the case.

In a tweet, Fani-Kayode said those who support Buhari were rather pagans and sorcerers.

“The truth is that Christian leaders that support Buhari against OBJ are pagans, goblins, vampires, werewolfs, sorcerers and orcs,” he tweeted.