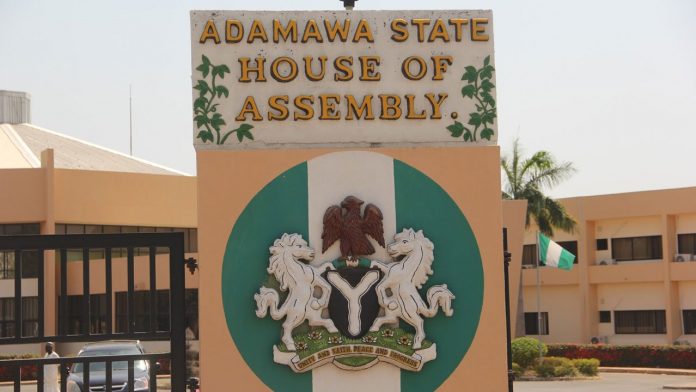 The Adamawa State House of Assembly on Monday passed a resolution summoning two commissioners to appear before it over the non-payment of April salary to workers in the State.

Those summoned were: the Commissioner of Finance, Mahmud Sali and that of Local Government and Chieftaincy Affairs, Mohammed Barkindo, who should appear before the lawmakers by 3p.m on Monday (today).

The News Agency of Nigeria (NAN) reports that the two commissioners were to appear and answer why April salary for state and local government workers was not paid till now when May salary was also due.

Motion to summon them came under, “Matters of Urgent Public Importance” moved by Abdullahi Yapak (APC-Verre) and seconded by Hammanjoda Umar (APC- Jada/Mbulo).

Umar said it was unfortunate that at this Fasting period, Adamawa civil servants would for the first time be fasting without salary running into two months.

They pointed out that the Assembly had in Nov. 14, 2018 approved N6 billion for the state salary account to ensure steady payment of salary.