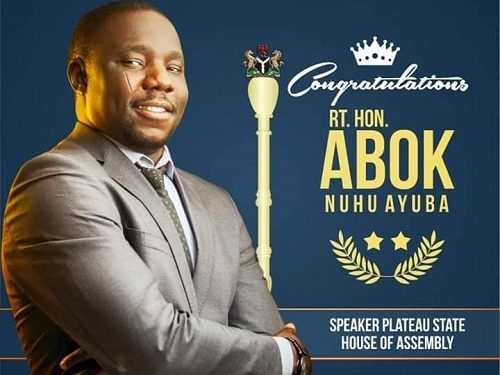 The position of speaker was zoned to Plateau North senatorial zone comprising of 8 state lawmakers.

Abok emerged after a month of political horse-trading among the 8 contenders. It was a hot race between old-timers and first-timers.

He is a graduate of both the University of Jos (graduated in 2011) and the Plateau State Polytechnic (finished in 2007) and is married to Janet N Abok (with two children).