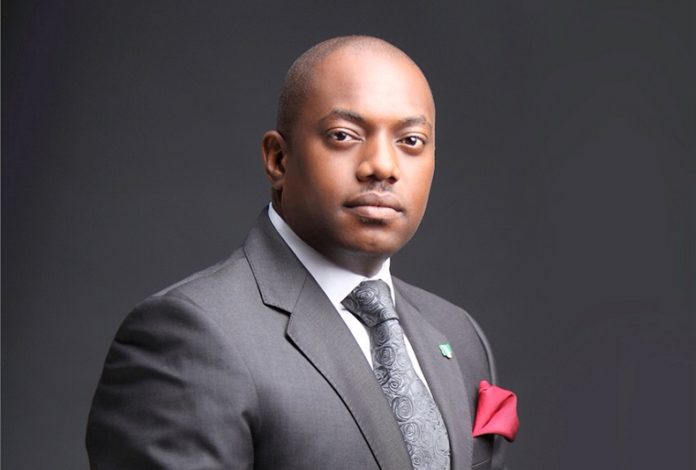 The presidential candidate of the Alliance for New Nigeria, ANN, Fela Durotoye, has revealed his godfathers.

Fela, who is the Chief Executive Officer, CEO, of the Gemstone Group, said that the 190 million Nigerians were his godfathers and godmothers.

Durotoye spoke on Politico Poliica with Isabella Akinseye, a Youtube political programme, where he also maintained that any political party that will win election must have the ability to galvanize people by spreading their message across to those people, getting those people to believe in the Ideology of that political party.

He said, “We do have godfathers and godmothers. They are 190 million godfathers. They are people of Nigeria. We don’t have the kind of political godfathers the others have: One person that seats down and arrogate such powers to themselves where the will of the people no longer matters. But we believe that it is the people who’ll win the election.

“We believe that the will of the people matters and therefore, they are our godfathers. They are the ones that have given us the money so far. We have not collected any money from any cabal or any money bags but it is the people of Nigeria that have contributed so far.

“That’s if they have an ideology; and in the political party itself and sometimes in the candidate. And more importantly, getting people who would vote for that candidate. Today, one of the things we have realised is that, that structure is not always brick and mortar.

“So for many of the new political parties, they are learning very quickly that through the power of social media and by extension building ambassadors for their ideologies they actually have to go into places they don’t have physical structure.

“You go into villages realizing that you don’t physical structure but you have people in those villages. Political structure is important but brick and mortar are no longer important. It is the analogue days.

“Today we’re dealing with digital. And some people say ‘Fela what are you talking about? The people who vote are in the grassroots’ and I say to them, it is true. They are in the grassroots, but one of the things we have to remember, out of the voting population, that is the people that are above the age of 18, 96 million people were above the age of 18 in 2015 but only 28 million votes were mobilized by the supposedly structured parties.

“With all their political structure; vote buying, ballot stuffing, underage voting and manipulations that we all saw and had evidence to. With all of that shenanigans, they were only able to get 28 million votes, why? Because 68 million potential voters did not believe in any ideology.

Lagos Education Board gets Buses to Monitor Primary School Activities