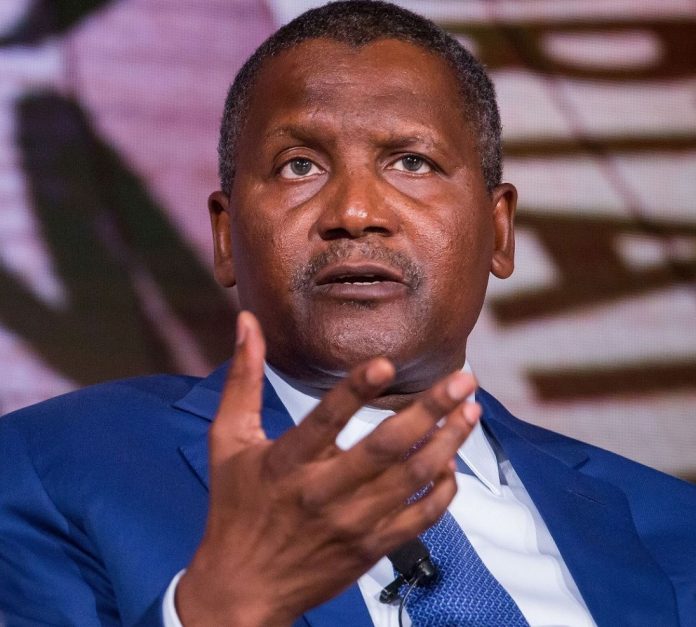 President of Dangote Group, Aliko Dangote, has said the poor performance of the country’s power sector was hindering growth of the economy.

Dangote spoke at a consultative roundtable session for public and private sector stakeholders organised by the Central Bank of Nigeria, CBN, in Lagos, weekend.

According to Dangote, Nigeria had been struggling to increase its electricity output for the past 18 years without success. He urged the Federal Government to improve the sector, saying no business would thrive with business owners generating their own power.

He said: “How do you have economic growth without power? So, no power, no growth because without power there can’t be growth.

“Egypt increased its electricity by 10 gigawatts, which is equivalent to 10,000 megawatts in 18 months. “In Nigeria, we have been struggling for 18 years without adding 1,000 megawatts and we have spent about three times above Egypt, why? So, I think we all need to be concerned about that.”

He said instead of depending on proceeds from crude oil sales, government should focus on the non-oil sector of the economy, with particular reference to finance, manufacturing and agriculture.

“Government needs to encourage non-oil sector growth rather than depending on proceeds from crude oil to pay salaries.

Proceeds from crude oil sale should be for major investment in the country,” he said. The business mogul also said the availability of consumer credit facility was an important option in fighting corruption in the country.

He said the Central Bank of Nigeria, CBN, and commercial banks should develop consumer credit products to encourage low-income earners to engage in loan taking.

He also identified a lack of policy implementation as the biggest challenge in the country. Aside from power, Dangote suggested that government should focus more on three areas, including finance, manufacturing and agriculture.

According to him, Asian Tigers concentrated on these three sectors for them to be where they are at present. He further urged the government to focus more on the fiscal policies for the country to move to the next level.

Dangote said by next year, the country would have exported eight million tonnes of cement to African countries from the present six million tonnes.