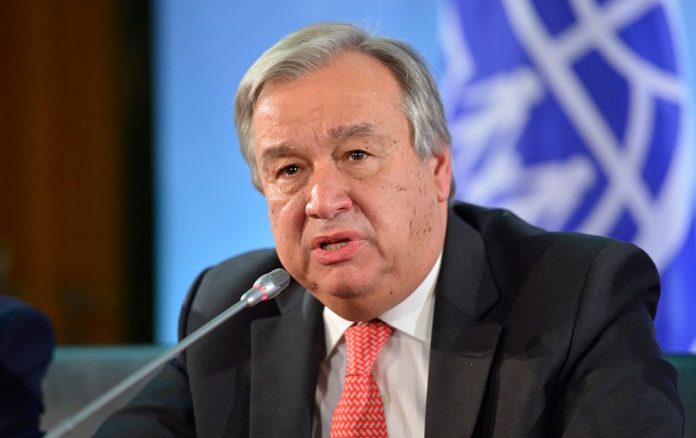 The secretary-general urged everyone to treat hate speech “like any other malicious act: by condemning it unconditionally; refusing to amplify it; countering it with the truth; and encouraging the perpetrators to change their behaviour”.

Launching the ‘UN Strategy and Plan of Action on Hate Speech’ at the UN headquarters, Guterres said hate speech might have “gained a foothold, but it is now on notice”.

He told member states that “we all need to do better at looking out for each other”, adding that the world will never stop confronting the menace, NAN reports.

The UN chief blamed hate speech for the genocide in Rwanda, Bosnia, Cambodia and recent mass-violence directed at places of worship in Sri Lanka, New Zealand and the United States.

According to him, while the strategy and action plan is new, it is also rooted in the need to respect the human rights of all, barring any discrimination.

Guterres stated that the UN Charter came into being after the world had witnessed genocide on an industrial scale, when hate speech against Jews, culminated in the Holocaust.

“Almost 75 years on, we are in danger of forgetting this lesson.

“Around the world, we see a groundswell of xenophobia, racism and intolerance, violent misogyny, anti-Semitism and anti-Muslim hatred.

“In some places, Christian communities are also being systematically attacked,” he said.

He added that “hateful and destructive views” were amplified “exponentially” through digital technology, and extremists are gathering online, radicalising new recruits.

“In both liberal democracies and authoritarian regimes, some political leaders are bringing the hate-fuelled ideas and language of these groups into the mainstream, normalising them, coarsening the public discourse and weakening the social fabric.

“This sets back the cause of peace, stability, sustainable development and the fulfilment of human rights for all,” he added

Guterres explained that the UN Strategy and Plan of Action provided a system-wide programme with the overriding objective of identifying, preventing and confronting hate speech.

The plan, according to him, targets the root causes of hate speech, in line with his prevention vision, which includes tackling violence, marginalisation, discrimination and poverty, as well as strengthening weak state institutions.

“While digital technology has provided new areas for hate speech to thrive,’’ the UN chief maintained that it can also help to monitor activity, target our response and build support for counter-narratives.

“Addressing hate speech should never be confused with suppressing freedom of expression but instead keep it from escalating into something more dangerous, particularly incitement to discrimination, hostility and violence,” he said