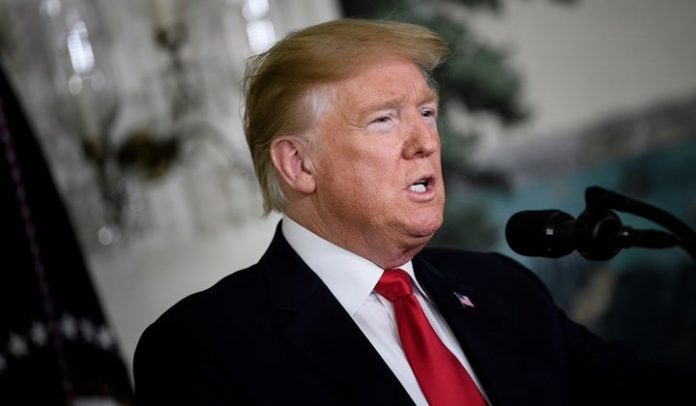 “It’s been good sometimes and sometimes it hasn’t been, but right now it’s outstanding. So the relationship that we’ve had together has been really terrific and I appreciate it very much,” Trump told Macron as they met for talks in northern France.

Earlier Thursday, they led a ceremony to pay tribute to veterans of the D-Day landings in northern France on the 75th anniversary of the invasion that began the liberation of France and shaped the outcome of World War II.

“We’ve had great success working together too,” Trump added at the start of a working lunch with Macron, referring to the joint US and French military actions against the Islamic State group in Syria and Iraq.

“Your military is excellent. My people report back, they say it’s absolutely excellent. They work very well together,” the US leader added.

The last time Macron hosted Trump in France — for the World War I centenary in November last year — it turned into a diplomatic fiasco.

Trump arrived angry about Macron’s support for a European army and he mocked the French leader on Twitter several days afterwards over his “very low approval ratings”.

The two leaders also have a mounting list of policy disagreements, from Iran to climate change to trade. Macron has frequently criticised Trump’s “American First” nationalism that has shaken the transatlantic alliance.

They appeared friendly Thursday, though the body language was cooler than during their first meetings, particularly when Trump was the guest of honour at France’s Bastille Day national celebrations on July 14, 2017.