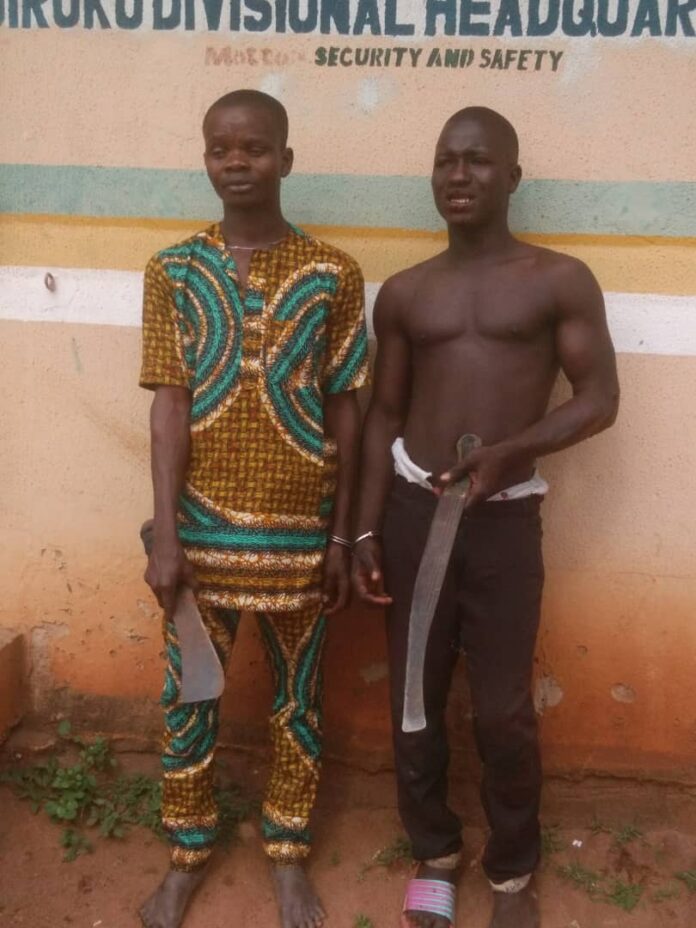 This arrest was made known in a statement by the Corps Director of Information and Public Relations, ACC Moruf Yusuf and obtained by our Correspondent.

On the 13th of September, 2022, the State Commander of the So-Safe Corps, Commander (Dr) Soji Ganzallo had instructed the Idiroko Divisional Command of the Corps, through its Area Command to ensure the axis is peaceful and that citizens, most especially in Ihunbo town, could go about their lawful businesses without any form of fear.

This is contained in a statement released from the office of the State Commander of the Corps, Commander (Dr) Soji Ganzallo that ‘the instruction became mandatory following the report from the Kabiyesi, Onihunbo of Ihunbo, Oba Joseph OLAMIDE Adeshiyan in Ipokia Local Government Area, that recently, there is an increase in attacks on the sons and daughters of the soil by some faceless miscreants for unknown reasons. Two people in the town were reported to have been brutally macheted. The Oba said that the miscreants were at large, while the victims are presently receiving treatment in a hospital.

Ganzallo said that ‘the So-Safe Corps Idiroko Division were asked to step into the matter to checkmate the lawless activities of the miscreants before it escalates.

He further revealed that on Sunday, September 18, 2022, the Special Operational Patrol of the Corps working on the matter, led by the Idiroko Divisional Officer, CSC Abdulkareem Abdulrazaq apprehended four of the suspects.

The suspects and the exhibits found with them – two cutlasses – had been handed over to the Nigeria Police Force, Idiroko Divisional Headquarters for further investigation and likely prosecution.