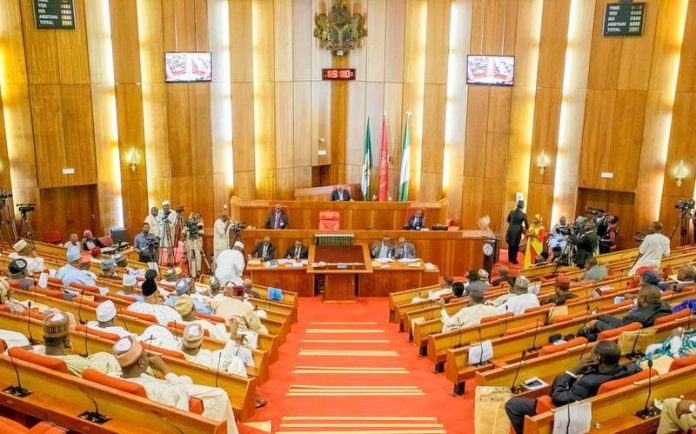 Those confirmed are Christopher Chiejina from Delta State, Bukar Kolo from Yobe State, and M. A. Mabdul from Benue State.

President Muhammadu Buhari had, in November 2018, forwarded the names of the nominees seeking confirmation from the lawmakers.

The confirmations followed the consideration and adoption of the report of the committee on Foreign Affairs presented by Monsurat Sunmonu (ADC, Oyo).

Presenting the report, Sunmonu said the nominees appeared before her panel for screening as required by the Senate.

She said based on the committee’s engagement with the nominees, they were qualified to occupy the positions.

The committee, therefore, recommended that the nominees be confirmed.

The Senate also confirmed the chairman and board members of the National Bureau of Statistics (NBS) also nominated by Buhari for confirmation.

Those confirmed for the NBS board are Kabiru Nakaura (Northwest) as chairman, Akinola Bashir (South-west), Moses Momoh (South-South), Wallijoh Danladi Ahijoh (North-central), Adam Modu (North-east), and Nwafor Paul Chukwudi (South-east) were confirmed as members of the board.

After the confirmations, the Senate President, Bukola Saraki, congratulated the chairman and board of the NBS as he wished them a successful tenure.