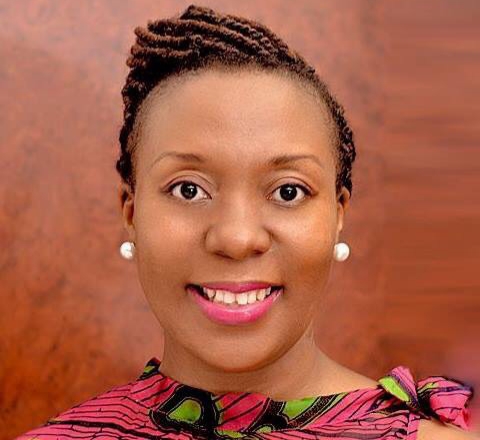 The Former Chairman of PUNCH Nigeria Limited, Chief Ajibola Olusanya Ogunsola is in deep grief as the accomplished actuarial recently suffered a personal tragedy due to the loss of his first and only daughter, Mrs Yetunde Alatede Oghomienor.

The unfortunate incident as gotten by our corespondent occurred on Wednesday, 26th June, 2019 in London. Oghomienor died after a protracted battle with cancer. She was aged 48.

Oghomienor was the first of the four children of Ajibola and Iyabo, his wife of 50 years. She was also the couple’s only daughter. Described as a loving and vivacious lady, Oghomienor was the apple of her father’s eyes. Her birth was said to have coincided with the death of her paternal grandmother, Madam Janet Alatede, who was acknowledged as the second most prominent indigenous textile trader in Ibadan during her lifetime. Thus, the name, Yetunde (my mother has come back). And to further show his joy at the arrival of his daughter, Ogunsola gave her his mother’s name, Alatede as her middle name.

Ogunsola is the first Actuarial scientist in Nigeria. His is the story of a man who has been defined by one of the offices he has held: chairmanship of Punch. Ogunsola played a key role in the revival of The Punch, one of the country’s leading newspapers. He took over the position of chairman as a family responsibility turning the paper which in the mid eighties in death throes into one of the country’s successful newspaper business.

For Ogunsola, the tragic death of his beloved daughter is one blow too many. He is still smarting from the shock of losing his niece, Olori Mojisola Esther Abass, who died on 17 May, 2019, at the age of 68. Olori Abass was the wife of Oba Olaleye Abass, the Bejeroku of Oke Agbo, Ijebu-Igbo, Ogun state; and the younger sister of Chief (Mrs.) Onikepo Akande, former Minister of Industry. Sadly too, the death of Olori Abass occurred barely a year after that of Ogunsola’s nephew, Mr. Gbadebowale Wayne Aboderin, the former chairman of PUNCH newspaper. He died on Wednesday, 30 May 2018, after a heart surgery at the First Cardiology Consultants, Ikoyi, Lagos, at the age of 60.

Until her death, Oghomienor was the co-founder of Aframero Limited and held the position of Managing Director. She was an Alumna of Queens College Lagos, University of Lagos, University of London and was a member of the Owner Management Program (OMP16) at the Lagos Business School. In a year of extremely high quality applications, she was a 2015 Fellow of the Vital Voices Grow programme, an initiative by Hilary Clinton to provide support to female entrepreneurs in high potential businesses.

With an academic background in accounting and international business as well as a certification in banking, Oghomienor worked in international procurement, retail, consulting, banking and oil services. At Shell Service International in the United Kingsom and Netherlands, she was among the first set of people trained on SAP R/3 enterprise software.

Aframero is Nigeria’s leading provider of woodworking solutions to the interior design and furniture manufacturing companies in Nigeria. It aim to support indigenous manufacturers to provide world class, made in Nigeria products. The company also helps to provide work experience to students at the Lagos State Technical and Vocational College in Ikeja, Lagos.

Oghomienor’s personal strength included the ability to work in a team, and as an individual, to inspire others to achieve set goals as well analyse complex situations and break down into smaller, more digestible parts.
Oghomienor supported causes that promote the welfare of minors including those with developmental disabilities. She competed in the MTN half marathon in 2002 to raise money for the Red Cross motherless babies’ home in Yaba.
She was until 2014 a contributor with the Essential Interiors magazine.