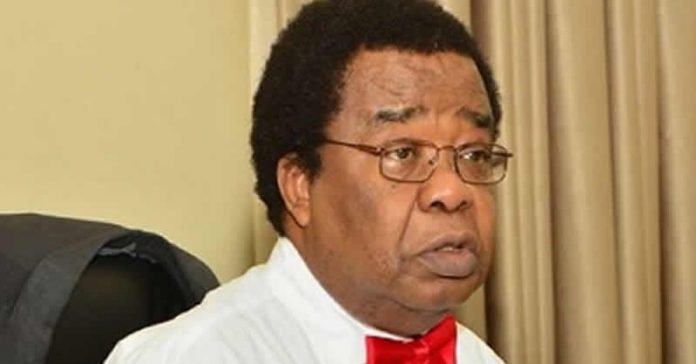 A former Minister of External Affairs, Prof. Bolaji Akinyemi, has said the June 12 mandate is not dead because the poverty eradication vision of the late Chief Moshood Abiola has not been actualised.

Akinyemi, a professor of political science, said the votes across ethnic, social and religious lines, which produced Abiola as the president in the 1993 presidential election, was an endorsement for the eradication of poverty.

He stated this in an exclusive interview with our correspondent ahead of the inaugural celebration of June 12 as the national Democracy Day.

According to Akinyemi, contrary to what the people voted for, the problem of poverty had not been addressed by successive governments.

He said, “There was a time when June 12 meant actualisation of Abiola’s mandate. If you look at June 12 narrowly, you can no longer actualise the mandate because it is no longer possible. But June 12 is greater than the presidential election and has come to symbolise a day in the life of a country when we voted across religious lines; Christians voted for Muslims; we voted against social lines.

“We voted across ethnic lines. Abiola was from Ogun; his opponent, Bashir Tofa, is from Kano, yet Abiola defeated Tofa in Kano, while Tofa defeated Abiola in Rivers State. Ethnic cleavages did not mean anything to us. If that is what June 12 means, then it reminds us that there was once a country.

“If you look at what June 12 symbolises, that symbolism is still very much alive till date. We need to resurrect the vision of a united country (socially and religiously). June 12 is not dead. It has not been achieved and it has not been actualised because what people voted against was poverty, but it is still staring us in our faces. It should be the guiding vision for our government. June 12, in terms of a symbol of farewell to poverty is a continuum.”

Meanwhile, a pro-democracy group, Coalition for Good Governance and Justice, has urged President Muhammadu Buhari to order the placement of the portrait of the late Chief Moshood Abiola side-by-side other past heads of state as a further step towards honouring the winner of the June 12, 1993 election.

The Convener of the group, Mr Emmanuel Umohinyang, in a statement on Tuesday, said the President took the right steps by declaring June 12 as national Democracy Day and conferring the highest award meant for heads of state posthumously on Abiola