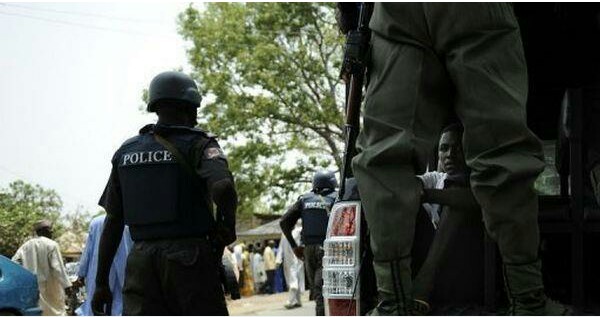 
Operatives of Taraba State police command attached to Bali division on Monday killed three suspected kidnappers in a shootout while they were attempting to kidnap some residents of Garwa village in Bali Local Government Area of the state.

The Commissioner of Police, Taraba State, David Akinremi, who disclosed this on Monday said that his men engaged members of the kidnap syndicate who have been terrorising Bali and Suntai axis for a while in the course of attempting to kidnap some residents and after a bloody encounter, three of the suspected kidnappers were gunned down.

This is coming days after the Chief Press Secretary to Governor Darius Ishaku, Alh Hassan Mijinyawa, and two others were abducted in the same area and later released after four days in the hands of their abductors.

“Three bandits were fatally wounded when the operatives of this command engaged them in a gun battle while attempting to kidnap some residents of a house in Garwa village, having held the entire family hostage.

“The prompt response from the gallant operatives with the assistance of the men of the State Vigilante Group resulted in a shootout which led to the death of three of the hoodlums and a member of the vigilante group injured from the gunshots by the hoodlums.

“Items recovered from the hoodlums included one locally-fabricated AK47 rifle, 12 rounds of .9mm ammunition, two GSM handsets, a military camouflage, some charms and knives amongst others.

“Other members of the criminal gang, however, escaped with bullet wounds, while a massive manhunt is ongoing to effect their arrest.”

Akinremi called on the public to remain vigilant and provide useful information that would aid the command in ensuring the security of lives and property in the state.

Yinka Ayefele Plans To Float Fresh FM In US