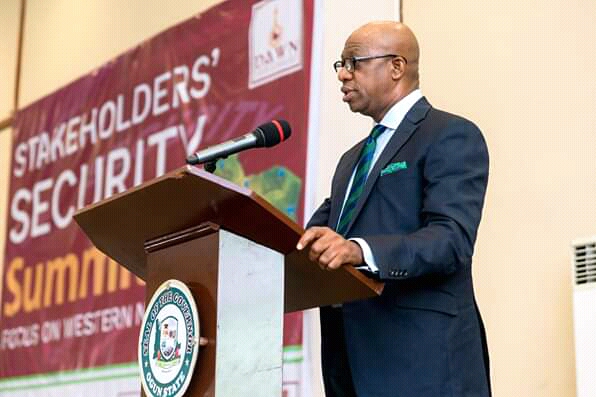 As the 6 South Western Governors deliberate on the way forward on issues bordering on insecurity at a Stakeholders Security meeting focusing on Western Nigeria, the Ogun State Governor, Prince Dapo Abiodun has disclosed that a lot needed to be doneBto put an end to the porous border in the country, saying that the illegal influx of aliens is worrisome.

The Ogun State Governor, Prince Dapo Abiodun who made this known at a Security Summit organized by the Development Agenda for Western Nigeria (DAWN)held at the Theophilus Ogunlesi Hall, Ibadan, said that the porous borders the country currently operate allows for the influx of people from the West African Sub region, noting that it was pertinent to have a means of identifying the aliens immediately they come in through the borders.

” Our borders allow for the influx of people from the West African Sub Region, which also means that we cannot be to sure of their purpose of coming into Nigeria and more possibly our dear state. 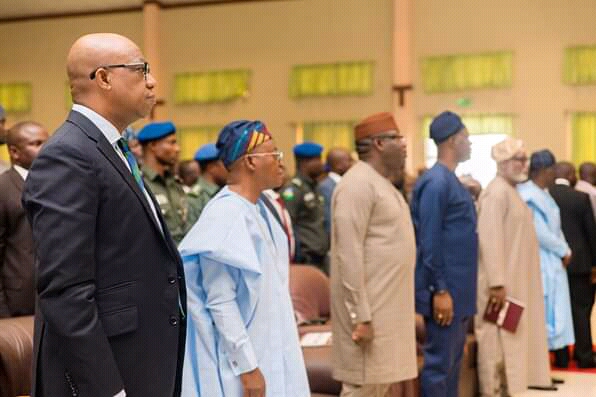 ” This are the issues that we have, we have the influx of illegal aliens coming in through our borders, because our borders are very porous, perhaps, we need to begin to consider some form of identifying these people when they cross our borders, ourBneighboring countries are not as tolerant as we are as regards to migration across border lines,” he said

Prince Dapo Abiodun affirmed his administrations support for the establishment of the state police, commending security agencies and community leaders for the roles they played at reducing the ugly trend of insecurity.

” We in Ogun State support the establishment of the state police, we appreciate it that each state has its own peculiarities, Ogun state is called the gateway state because we are a gateway to at least 4 other states and also share international borders

“Recently, we’ve had skirmishes with nomadic herdsmen who have established a route that goes through Ogun State and find their way to Lagos, but we thank God that through our law enforcement agencies and community leaders, this skirmishes have been nib in the bud,” he said.

Prince Abiodun also noted that his expectations from the summit include a clear road map for the security of the South Western region with measurable milestones, and a periodic review to track how well security in the region had improved, adding that the issue of insecurity was of utmost importance to the South West Governors.

He disclosed that fighting crime wasn’t just an issue of arms and ammunitions, armored personal carriers but that their was a nexus between illiteracy,capacity building, unemployment,. education, drug abuse and security, adding that those were theBissues governors must fundamentally deal with. Abiodun however disclosed that his administration had come up with some approaches that could tackle the issues, saying that a portal that would see to the registration of unemployed skilled youths was on the way.

He further disclosed that aside the portal to be opened, his administration was looking at the domestication of the local content law which would mandate all companies coming into the state to employ citizens of the state and that parcel of lands would be allocated to a minimum of 10,000 youths, saying that a reduction in the number of unemployed youths would help reduce the crime rate.

In his welcome address, the Governor of Oyo State, Engr. Seyi Makinde while describing the issue of insecurity in the South west as a snake on the roof that could not be left alone, said two key issues that stood out in his mind as he prepared for the meeting were issues of kidnappings and the growing tensions of farmers and herdsmen in the South Western communities. 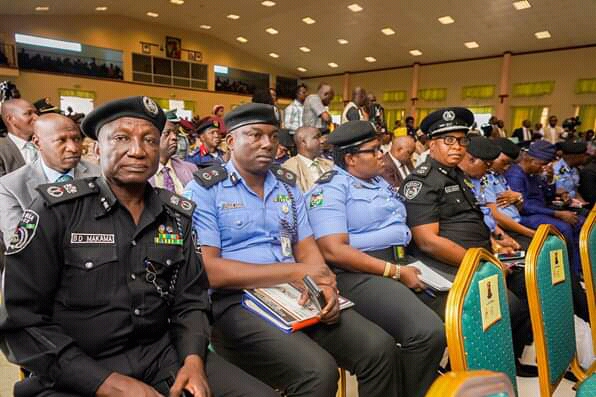 He noted that he was glad that the federal government was finally given due consideration to the creation of state police, saying that the advantages of community policing far outways whatever fear people might be expressing against it.

Makinde however noted that the country had reached a point in itsBNational Consciousness where it could no longer tarry, adding that their couldn’t be any form of development if the environment wasn’t secured.

In their separate remarks, the Governors of Lagos, Ondo, Ekiti and Osun states commended the Development Agenda for Western Nigeria for coming up with the summit at a time the 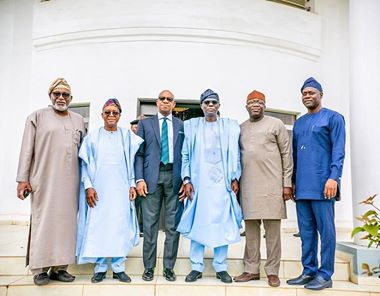 Governors Forum and the National Economic Council were deliberating on security, saying that they all support the formation of State Police.

The governors also noted that they were leaving behind partizan issues for the sake of their region, affirming that their collective goal was the security of their space.