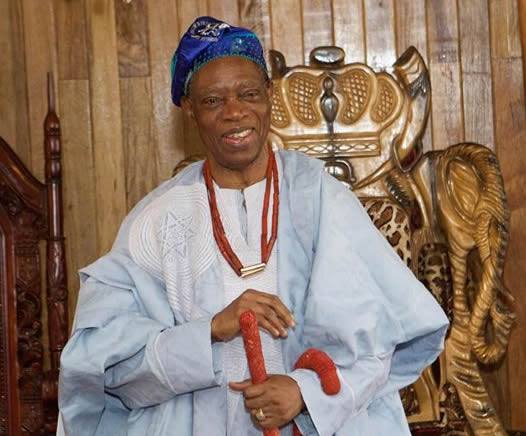 The Olowo Of Owo and one of the formost traditional rulers in Ondo State, His Royal Majesty Oba Folagbade Olateru Olagbegi, SAN, CFR has joined his ancestors.

The formost traditional ruler passed on at the age of 77 in Owo, Ondo State on Wednesday 17th April, 2019.

He was given staff of office by late Governor Olusegun Agagu on December 11 2003. He celebrated his 15 year on the throne in 2014.

He is currently Chancellor of University of  Jos and former Chairman of the Ondo Council of Obas. He was married to Olori Ololade Olateru Olagbegi and the family was blessed with children and grandchildren. He will be greatly missed.