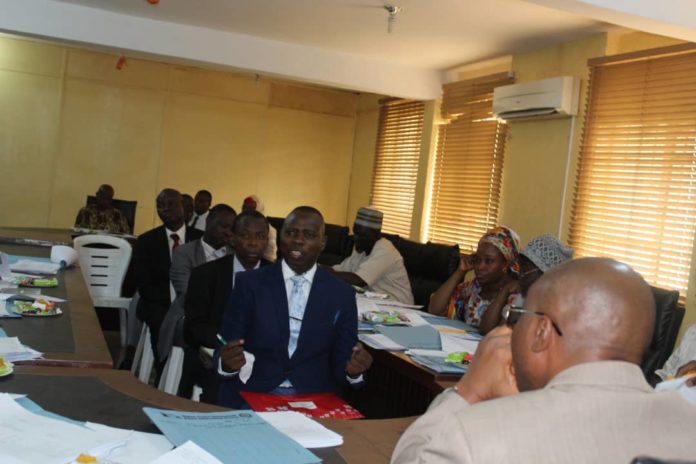 Following the approval of the Ogun State Governor, Senator Ibikunle Amosun CON, FCA, 515 eligible non-teaching staff of the Ogun State Universal Basic Education Board due for 2016 and 2017 promotion have been interviewed.

The officers who had earlier went through Computer Based Test CBT and written test for officers on Grade Level 6 to 10 and GL 12 and above respectively, presented themselves for the oral interview at the Boards headquarters in Abeokuta.

While fielding questions from press officers in his office, the Board Secretary, Ogun SUBEB, Mr. Wasiu Olalekan Kuye, expressed delight and appreciation to the state Governor for having the interest of workers at heart.

He commended the officers from Bureau of Establishments and Training for their supports at making the exercise a success.

Mr. Kuye, who said that he was impressed by the performance of the eligible officers, advised them to be more focused, diligent, hardworking and more responsible in their schedule of duties because promotion calls for higher responsibilities.

Also, the Director, Administrative and Supplies, Mr. Adesoji Adewuyi advised the officers to be more computer literate and conversant with civil service rules and regulations.

Mr. Adewuyi highlighted some of the requirements for an officer to be promoted which includes observation of the minimum waiting period, satisfying the Annual Performance Evaluation Report (APER) for the number of years expected for the new post, obtaining at least 50 percentage of the total mark obtainable and must pass the necessary or required examination in line with the provision of the extant scheme of service.