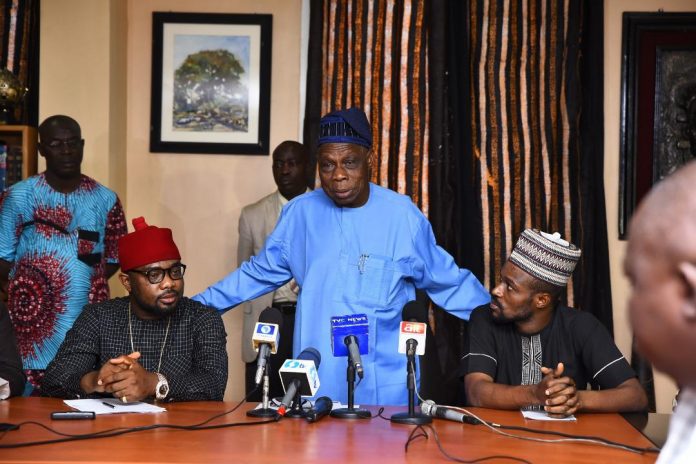 Former President, Olusegun Obasanjo, has charged Nigerian youths to do more in contributing to the growth of the country.

He urged the youths not to allow anybody to tell them they “are too young to lead,” stressing that those frustrating the youth are not better endowed than them.

Obasanjo stated this on Thursday when the National Youths Council of Nigeria, NYCN, visited him at the Olusegun Obasanjo Presidential Library (OOPL), in Abeokuta, Ogun State.

Urging youths to do more, Obasanjo recalled that he started showing his leadership quality in Congo when he was less than 30 while on military mission there.

The former president expressed worry over the growing number of youths who are yet to find themselves in the nation’s leadership positions unlike what was obtained in his time.

He stated that whatever he had achieved for himself or done for the country, were due to his having access to education.

Obasanjo also lamented that 13 million children are currently out of school in Nigeria.

He said: “Whatever I have done, I have done it because I was educated and the love I have for Nigeria. If I didn’t have education, I would not have been able to do what I have done and today, it pains me that more than 13million Nigerian children who should be in school are out of school.

“We don’t need additional teachers; you will only increase what those teachers get maybe by 40 per cent or something, we can even do two streams if we prepare for that and start two years from now and those children would have become product that would be able to make contributions and make their own life better and as well making the life of their families too better.

“I am so much concerned about the youths, the truth is, over 60 per cent of our populations are youths and under 30 years of age.

“Don’t let anybody tell you that you are too young, I started making contribution to the world when I was serving in Congo in 1960, I was only 24 years old. By the time I went to the war front, I was still under 35 years of age, by the time I became the Head of State, I was under 40 years of age.