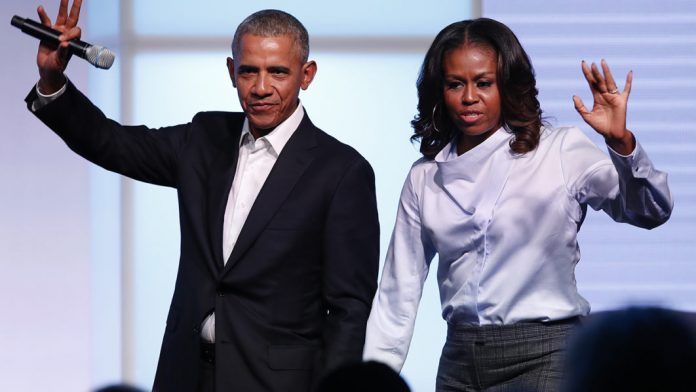 Barack and Michelle Obama’s production company Higher Ground has signed a deal with Spotify to create a series of podcasts for the music streaming service, which is seeking to diversify its content.

“We’re excited… because podcasts offer an extraordinary opportunity to foster productive dialogue, make people smile and make people think, and, hopefully, bring us all a little closer together,” the former US president said in a statement released by Spotify and Higher Ground.

The former first lady also said she was “thrilled to have the opportunity to amplify voices that are too often ignored or silenced altogether.”

For the past year, Spotify — better known for streaming music playlists — has been moving into the business of podcasting. In February, it paid $230 million for the respected US podcast production house Gimlet Media.

Several major players in the industry are seeking to shift podcast production away from the current model, where the audio broadcasts are free and producers earn revenue from advertising, towards a platform where users pay for content.

Luminary, which has already raised $100 million from investors, launched its new platform for a monthly subscription fee of $7.99 in April.

On Tuesday, the French service Majelan was launched with programs accessible in 50 countries for a monthly fee of 4.99 euros ($5.63).

The Obamas’ production company was created in 2018 and has already signed an exclusive deal with Netflix to produce films, television series and documentaries for the streaming giant.