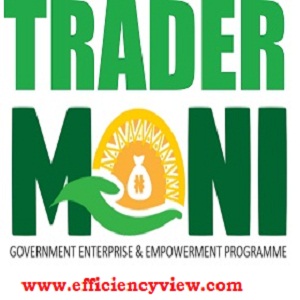 The leadership of Lafenwa Market in Abeokuta, the Ogun State capital has debunked reports from a section of the media that the Federal Government’s Enterprise and Empowerment Programme, GEEP, popularly called TraderMonin, was disrupted at the market on Tuesday by hoodlums.

The leadership, while speaking with journalists, Wednesday in Abeokuta, the Ogun State capital described the report as erroneous, saying TraderMoni programme did not take place in the market on Tuesday.

Both Iyaloja and Babaloja of the Market, Alhaja Rahmat Olatunji and Musa Olayinka, respectively described the news of their abductions as fake story saying nobody kidnapped them.

According to Olatunji, TraderMoni programme took place in the market about a year ago when officials of the Federal Government visited the market and disbursed the money.

The aged woman said, though she received a call earlier in the day that some people were coming to the market but that she immediately alerted her members never to trade their Permanent Voter Cards, PVC, for anything as demanded by the politicians.

Her words, “Have you heard that Olumo Egba was kidnapped?

Truly some people came. When they called me, I went to the market and summoned my members. I advised them not to release their PVCs. I told them not to exchange their PVCs for money and whoever does that would be trading the future of his or her children.

“I am not lettered but we hear the information on Radio daily.

After I had warned them against exchange of PVCs for money, I left the market. When they came the market became rowdy and they left, they disappeared without giving any money to us.

“Tradermoni was disbursed in this market about a year ago. It was a kind of skeletal distribution and only petty traders benefited it.

“Quote me, Alhaja Ramat Olatunji. There was no disbursement of Tradermoni yesterday. No agent of Federal Government was in the market. The last one they did was before the flood incident in Abeokuta. They gave beneficiaries N10,000 instantly without collecting their PVCs.

“When they came last time, they were dressed in branded Tradermoni shirts and vehicles. But there was nothing of such yesterday.”

In a separate interview, Babaloja corroborated the Iyaloja, saying no TraderMoni programme took place in the market on Tuesday.

He said, “I was not abducted. I was in the market throughout yesterday, Iyaloja was never abducted as well. Those who came yesterday called Iyaloja and when inquired they said they were members of a political party.

“When I got to the market, people were protesting that they wanted to collect their PVCs. They people had already disappeared.

“I understand what Tradermoni is. They have done it long time ago. 20 people benefited through me including my wife. Its not possible to hold such program without our involvement.”